(ABC 6 News) – Around 150 people marched through downtown Rochester Saturday morning in support of women’s reproductive rights. The group started outside of the government center and walked to Soldier’s Field Park. There they shared stories of their own experiences with abortion and women’s healthcare issues.

"I believe that abortion is healthcare and healthcare is a human right," co-organizer Madison Whalen said. "But it also hits personally to me. I had a friend who had an abortion and so I did this to further support her in her decision. And to say to her that it’s okay and it wasn’t a bad decision. She did the right thing for herself."

This march comes after the Republican-led Texas legislature passed their controversial "heartbeat bill." The bill bans abortion as soon as a fetal heartbeat is detected. In the coming months, Mississippi will bring a case to the U.S. Supreme Court that some say endangers Roe v. Wade. Rochester joined hundreds of cities around the country hosting women’s marches in anticipation of this case. 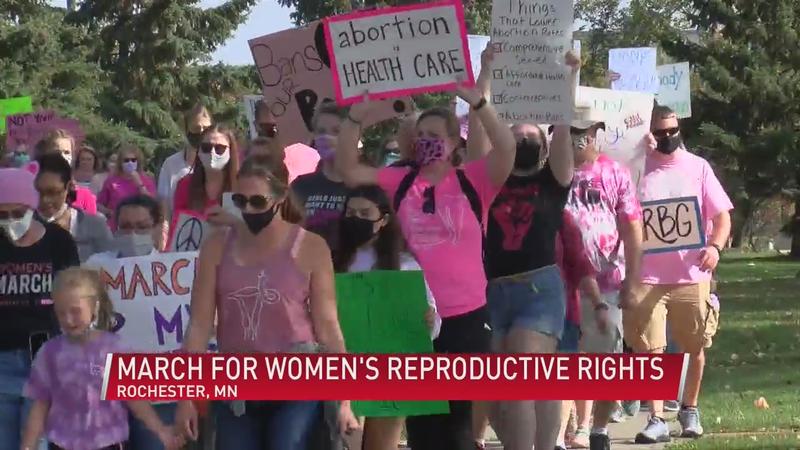