(ABC 6 News) – Last year the Rochester Grizzlies made it all the way to the title game and came up short.

This year, they’ve played like a team poised to get back and redeem themselves.

This past weekend they slammed the door shut on the Wausau Cyclones sweeping them 2-0 in the Central Division semifinals. In that series, they showed why they have been one of the best teams in the NA3HL.

They finished the regular season with a 38-6 and on a 5 game winning streak.

Players say if they want to make it back to the championship game, they can’t take their foot off the gas. 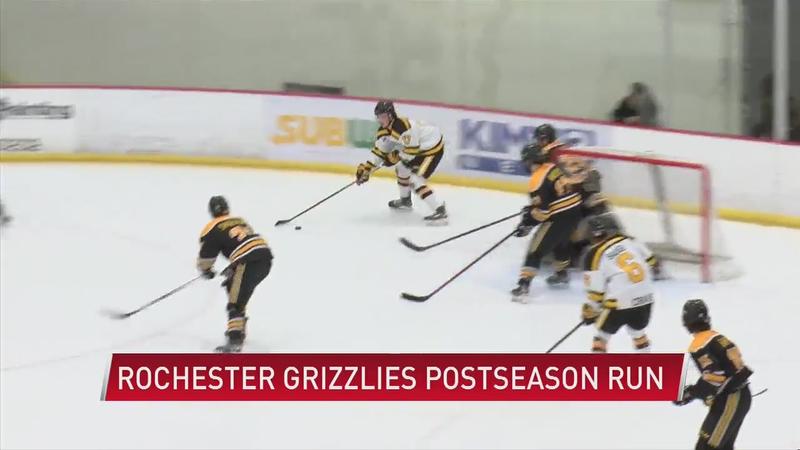 "Having been through it last year and just coming up short, we’ve had to figure out what that’s felt like," forward Justin Wright said. "We have a sense of unfinished business and we’re going to use that and add fuel to the fire."

Next up for the Grizzlies is the Oregon Tradesmen, a team they have beaten several times this season and who they beat in the semifinals last season.

The puck is set to drop Friday at 7:05 pm at the Rochester Rec Center.