(ABC 6 News) – The general manager at Five Guys in Rochester was the only employee on the clock for hours during a busy rush on Sunday because his other co-workers did not show up for work that day. But, it didn’t stop him from opening the doors to customers.

"I mean it was just a regular day and I got up for work, you know got ready, came to work and was expecting my employees to be outside like they normally are and I showed up and no one was outside," Cole Wallace, the general manager at Five Guys in Rochester, said.

Wallace went about his Sunday and started prepping just so he could get the doors open at 11 a.m.

"I opened the doors and started taking orders," he said. He did the work of a handful of people all by himself.

"I did start to finish. So I would take the order, I would toast the bun, I’d put the toppings on, I’d grill the burger, I’d fry the fries, I would bag everything, wrap everything, milkshakes I would make. So I essentially did all of the duties on the line," Wallace said. 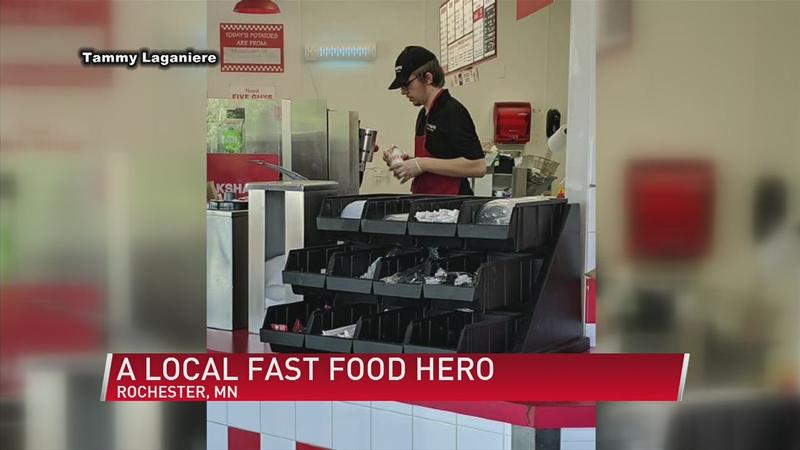 Wallace said Sundays are the business days at this location and right when he opened, there was a line out the door.

"I was expecting a lot of frustration but you know I was greeted with quite the opposite. People were very understanding you know," Wallace said.

One customer even posted on Facebook praising Wallace and his hard work.

"It was pretty busy that night, especially with that post picking up some traction. A lot of people were coming in and saying ‘ Oh I’ve never been here, but I saw the post.’ And they were talking to me and a lot of people pulled me to the side just to have a conversation with me and. It was very humbling," Wallace said.

He says he credits his work ethic to the way he was brought up, growing up with a lot of hard-working people in his household.

"So just seeing that kind of work ethics and through the military too, you know I just try to implement that in my day-to-day and in turn, I hope I give the best service I can," he said.

And he did that, serving one burger at a time.