(ABC 6 News) – June 14th is Flag Day in the United States. A day when the continental congress first issued the U.S. flag in 1777.

Tuesday afternoon, members of the Rochester Elks Lodge held a Flag Day ceremony at Soldiers Field Memorial. The symbolism of the American flag is ever-changing and on Flag Day. People reflect upon different stories. Including the story of a local Vietnam vet who shares why Americans should always honor the stars and stripes.

"It’s the one day a year that we honor our flag. Every lodge does it across the United States. It’s important to me that people are reminded of it," said Vietnam vet Tommy Carey.

The elks were an integral part of creating Tuesday’s event. They pushed then-President Woodrow Wilson to be the first president to recognize flag day.

"One of the things we really embody is patriotism. So, we are here to celebrate America and to explore the history for maybe people who don’t know," said Elk Lodge president Kayla Blunt. 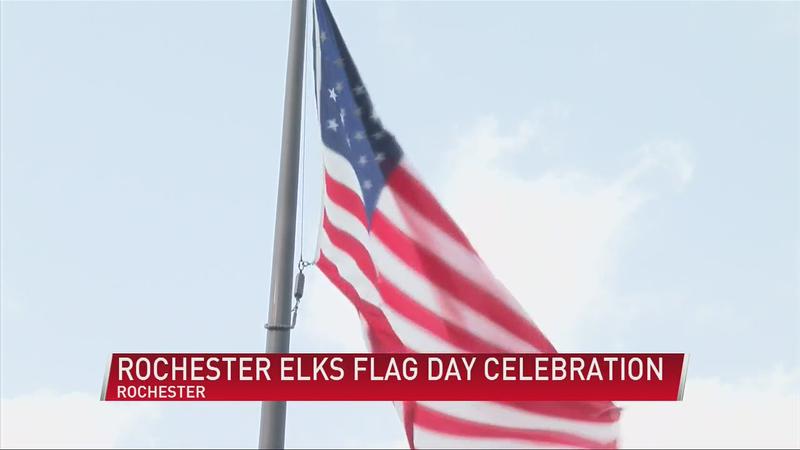 The Elks wrapped up the event with a sloppy joe dinner at the Elks Lodge.