One of the biggest projects completed phase one of construction, the Broadway Avenue North project.

Construction started in April 2021, and phase one was completed in November.

The updates feature one mile of new sidewalk and 5,000 feet of cycle track.

At the start of 2021, the council also faced a lot of turnover with four new people on the seven-person board as well as a new city administrator 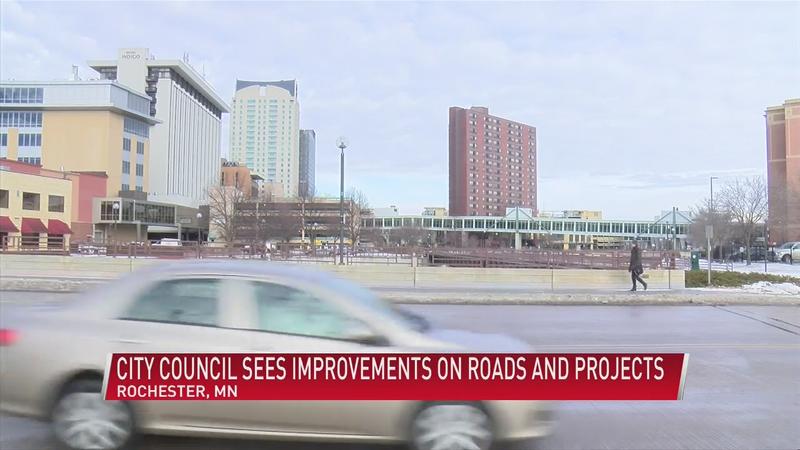 "We had a lot of trouble trying to figure out what our job was and what we should be working on. But I think when we started working in May on kind of our operational guidelines but also our city priorities I think we really came together as a group and kind of stabilize on key things," Rochester City Council Member, Patrick Keane said.

Council Member Keane said even though there were struggles with Broadway Ave. N he considers it successful.

Phase two will start this spring and is expected to be done in September.

Another project updated in 2021 was the Heart of the City.

Road work and new benches were put in and now the Rochester City Council is looking forward to other big projects coming to town.

One of those is the Link Bus Rapid Transit that won’t be finished until 2025.

It will be a 2.6-mile route along 2nd St. connecting to downtown Rochester.

Council Member Keane said he does worry that the pandemic could change timelines for big projects like the Link.

"We can fall behind on those but we have really done a good job in the last two years keeping up with it. We had a major milestone where we were put on the positive list to get federal transportation administration funding it is a major part to us kind of getting to be able to keep doing this kind of work," Keane said.

With all of the work on things like Broadway Ave. N and the Heart of the City, the council still has to navigate the ongoing pandemic.

"This has been a major undertaking of the staff to make sure the city services in many cases life support services that people depend on are in place and clearly we are not out of it it is still causing major headaches," Keane said.

He mentioned that one of those places they look at is the hospitality industry. Asking questions like is the council being too overprotective or not doing enough?

Coming up this spring, the council will also look at plans once again for the former Legends Bar and Grill building.

The council overrode the mayor’s vote back in November to keep the building standing.

As for continuing into the new year, Council Member Keane said he and his council are there to advocate for their citizens and hopes to see more people use the council this year.