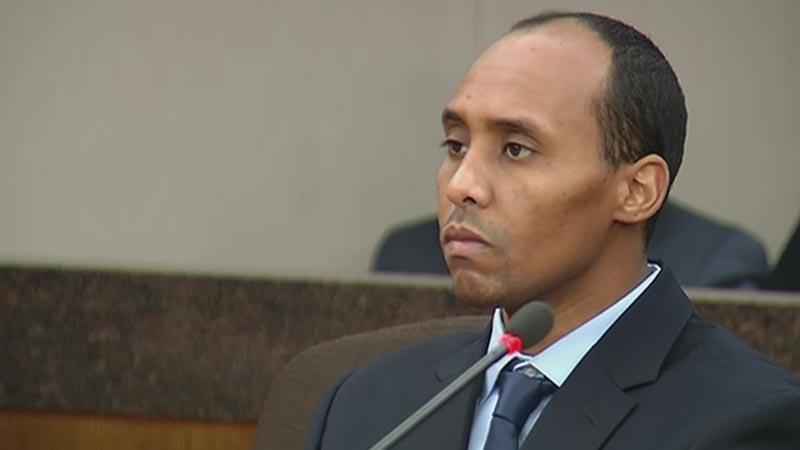 [KSTP-TV. In this file photo, Mohamed Noor listens during a hearing.]

Resentencing is set for Oct. 21, according to court records.

A jury convicted Noor in the 2017 death of Justine Ruszczyk Damond. The Australian woman had called 911 to report a possible sexual assault behind her home. When the former officer and his partner responded to the alley behind her home, Damond approached the squad car. Noor fired his gun across his partner, striking Damond, who died moments later of a gunshot wound to the abdomen.

According to court records, the state’s Supreme Court ruled to reverse the third-degree murder conviction and send the case to district court, where Noor will be re-sentenced for his second-degree manslaughter conviction.

He was originally sentenced to 12½ years in prison.