Representative Boldon tells ABC 6 News she paid the $50 citation on Thursday before flying back to Minnesota.

According to the League of Women Voters of the US, 200 protestors were arrested. There were 800 in attendance. They say the demonstration was to get the attention of the White House to take action to get the Senate to pass both the Freedom to Vote Act and the John Lewis Voting Rights Advancement Act. Both pieces of legislation have been blocked in procedural votes.

Representative Boldon says she was proud to be a part of this protest.

“I was proud to be part of the large, diverse coalition of peaceful demonstrators at the White House on Wednesday. We were there to call on President Biden to use his influence and power to ask the Senate to alter or eliminate the filibuster and pass federal voting rights legislation,” Representative Boldon said.

Representative Boldon says she will use her voice as an elected official to advocate for change.

“We’re seeing a coordinated effort across the country, including here in Minnesota, to undermine democracy and attack voting rights, to make it more difficult for people to vote and make their voice heard – particularly Black, Brown, and Indigenous people. Our democracy is at risk and I’ll continue to use my voice to protect voting rights and ensure everyone has the freedom to vote,” Representative Boldon said. 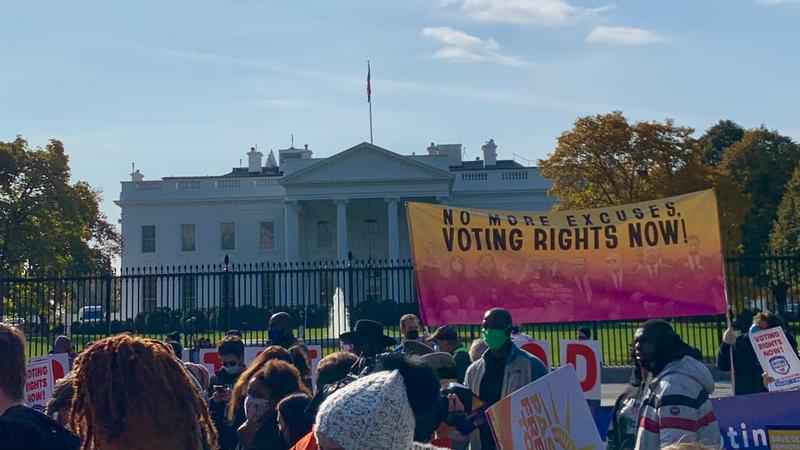