Proposed redistricting map ready to be recommended to City Council 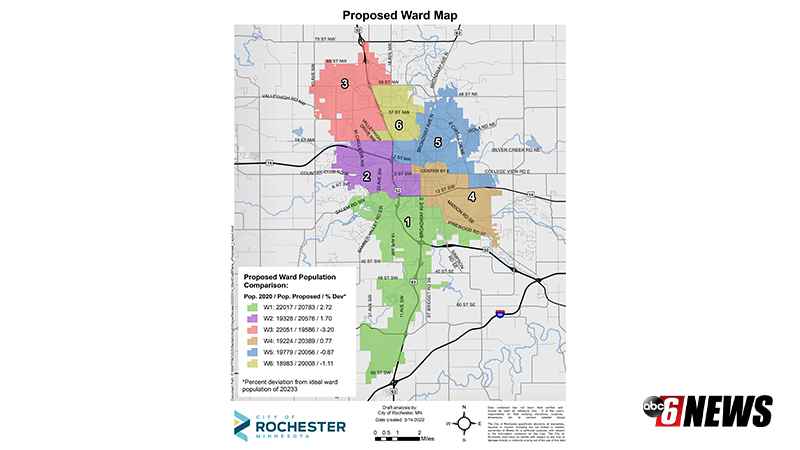 (ABC 6 News) – The City of Rochester is prepared to present the city council with its proposed redistricting map.

This proposed map encompasses features and feedback from the four draft maps previously created and published. The City Council will hear from City teammates initially on March 21, 2022, and then act on the proposed map during a special meeting on March 24, 2022.

Due to an increase in population, especially in Wards 1 and 3, the Ward boundaries and precincts must change in some way. The focus has included trying to have equal populations in each Ward, which includes factoring in expected growth in the city in the next decade.

“We thank all of our community members and organizations that have been engaged with and supportive of our local redistricting process,” shares City of Rochester Management Analyst Heather J. Heyer. “From the beginning, our focus has been on a process that is accessible, transparent and timely. We believe that this map best reflects the guiding principles of the process and our commitment to the community.”

If approved, the new Ward boundaries and precinct assignments will be in place for the August 9, 2022 Minnesota State Primary and November 8, 2022 General Election.

The interactive proposed map can be found here.