The president touted the jobs that his one trillion-dollar infrastructure plan will create. Critics are pointing out the nation’s current supply chain problems that are clogging ports and causing incredible obstacles for consumers.

The president’s focus Tuesday was on the six billion dollars Minnesota is expected to get through the infrastructure package.

"I’m tired of this trickle-down economy, I’m tired of it. This is a blue-collar blueprint to rebuild America. The only way this works is if the blue-collar Americans do the building. That’s the only way it’s ever worked. We’re going to do it again. Mark my words."

The president also took time to mention different projects across the state including Rochester’s link plan.

It’s a project that will connect downtown Rochester, Mayo Clinic campuses, and other parts of the city.

"In the better part of the 20th century, we led the world by a significant margin because we invested in ourselves and our people, our infrastructure, the arteries of our nation that allowed us to move smoothly and swiftly we invested in our people." 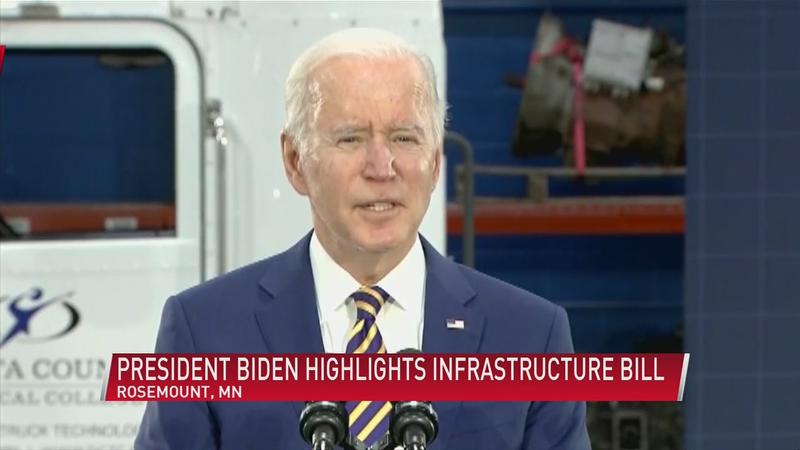