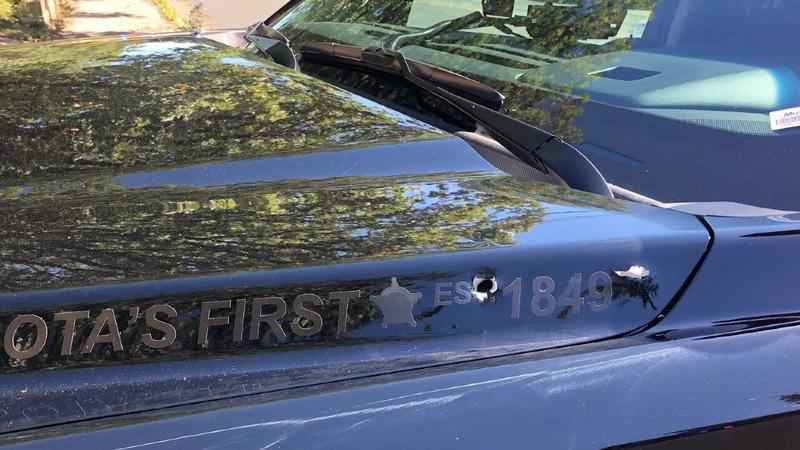 MOUNDS VIEW, Minn. (AP) – Authorities say a male suspect died after a Ramsey County sheriff’s deputy used an SUV to hit him on Wednesday when he began shooting at officers who were investigating a domestic assault in Mounds View. The Ramsey County Sheriff’s Office said in a statement that authorities were looking for the assault suspect when he began firing at approaching squad cars. The sheriff’s office said the suspect narrowly missed a Mounds View officer and a sheriff’s deputy, and the deputy feared for his life when he used his vehicle to stop the threat. He was taken to a Minneapolis hospital, where he died of his injuries.