No people or animals hurt in Rose Creek barn fire

Dispatch received a report just before 5 a.m. of a large structure fire involving a barn and milking shed in rural Rose Creek.

Both the barn and milking shed are considered a total loss. Neither an estimate of the damage or the cause of the fire was available as of 10 a.m.

No people or animals were hurt in the fire. 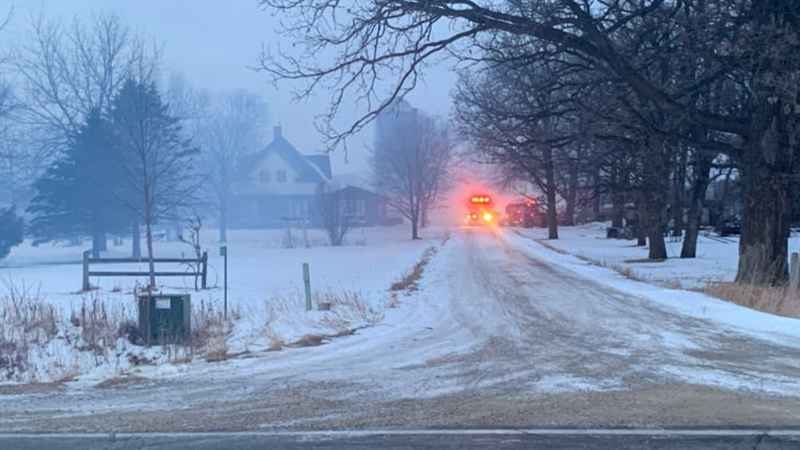 There are reports of a possible fire in Rose Creek on Wednesday morning.

Fire crews are on scene at the 18,000 block of 610th Ave. in Rose Creek for a possible structure fire.

An ABC 6 News reporter on the scene could smell and see smoke coming from the area, but did not see flames.

Adams and Rose Creek fire departments are on scene as well as Mayo Clinic Ambulance and the Mower County Sheriffs Office.

Stay with ABC 6 News on-air and online as we follow this developing story.