The 95-acres of land will soon be home to one of the largest veterans memorial parks in the United States.

"And I think that Minnesota, we can do many things and I think it’s Minnesota, it makes me proud and we’re going to make it a loud noise throughout the United States," Toufong Lor said.

Lor is a veteran and founder of the American Veteran Memorial Park nonprofit.

People from across the country are expected to visit, making southeast Minnesota a veterans memorial attraction. 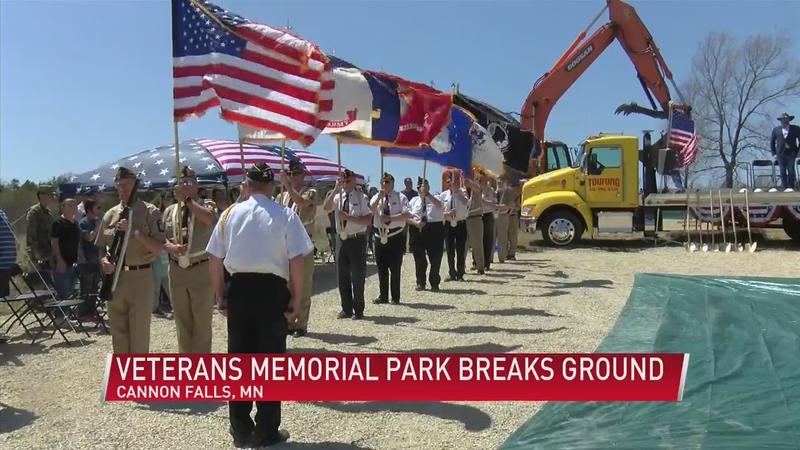 Lor and his wife purchased this land together to honor our men and women in uniform.

This space will be for all people: Families, friends and veterans.

"To get to see family members who served and passed away or never made it back home and never had the chance to say ‘goodbye’ or to say ‘thank you.’ I think that will be an opportunity for them to come out and say ‘thank you, grandpa’ or ‘uncle.’ That I didn’t get to say goodbye for all you’ve done for America’s freedom today," Lor said.

It will be open 365 days a year and open to the public. It can be booked for events such as veterans holiday memorials, weddings and reunions.

When the project is complete, it will feature 11 war memorials, athletic fields, a history museum, a 200,000 square foot banquet hall, an education center and a first-of-its-kind Hmong Soldier War Memorial.

There are multiple phases of this project. Lor said there is no set date just yet on when it will all be completed, but he would like phase one to be completed by September of this year. He said between now and next spring there will be something there that people can start to visit.