(ABC 6 News) – A new drawing of potential district lines within the City of Rochester means certain marginalized groups may get more of a voice in city government, but it also means two city council members may be vying for the same position.

"If this new option happens and I’m not in ward one, I’ll be okay with that because that’s how the process works. I’ll be sad because I do want to stand for reelection in 2022 for ward one," said Keane. 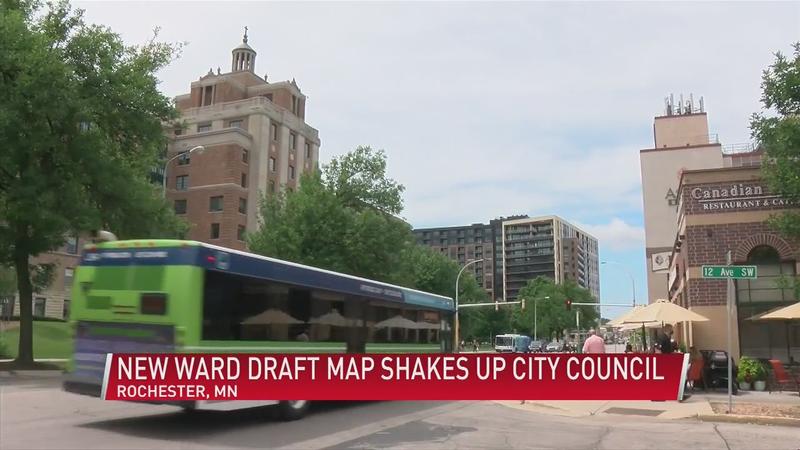 "When you look at the Rochester district governments or even the county level governments, you hardly see any person of color being represented. In order to have a multicultural democracy we have to have representation within our communities," said Isaiah Community Organizer Salah Mohamed.

Mohamed sees this fourth draft as a step in the right direction, but he still believes the city has a lot of work to do to make the wards equitable. He hopes this draft will increase BIPOC voting power.

The League of Women Voters is working to connect groups like Isaiah to the city during the redistricting process.

"Keeping them together is really important so that they can give their community input," said Mary Jones, a board member with the League of Women Voters in Rochester.

Communities in the Marion Road and Meadow Park area asked to be united in one ward, so the city tried to reflect that in this new draft, according to City Management Analyst Heather Heyer.

The city is hoping to have a final draft by March 14. Their deadline to get the final draft to the state is March 29.