(ABC 6 News) – Imagine a place like a library except instead of borrowing books, you could borrow toys and see what you like, and what you don’t like. That’s the concept behind one new Rochester business opening soon, the Nana Gogo Toybrary.

Some of us have those toys we love, and then there’s some that sit there, unopened, sometimes for years. Now, that’s all changing.

Owner, Pavitra Kumar named the Toybrary after her two-and-a-half-year-old twins. She said as a mom of toddlers, kids need a space where they can try and discover new things. It’s also a chance for parents to watch their little ones grow.

"I think one of the things that drove us to starting the Toybrary is sometimes children are limited by their parents and families’ imaginations," said Kumar. "So you would typically only buy your kids certain types of toys for Christmas or birthdays. So this is a way for them to come in, and try something in a whole new category."

There are some things you won’t find at the Toybrary like electronics and the ever-popular Barbie doll. There’s a reason for that. 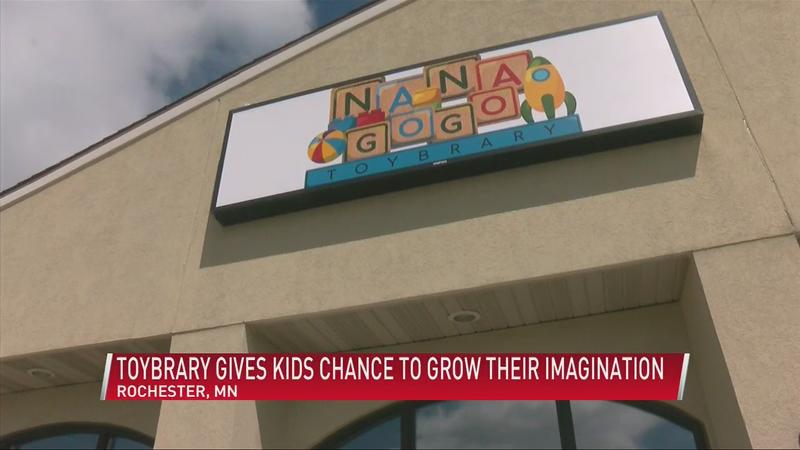 "We’re trying to stay away from toys that allude to things like body image. Which you know, is something little kids should not worry about and that includes, say Barbies. We will definitely have everything in all categories that include pretend play."

Anyone who pre-buys a pass will be entered to win a birthday party of up to a $350 value.