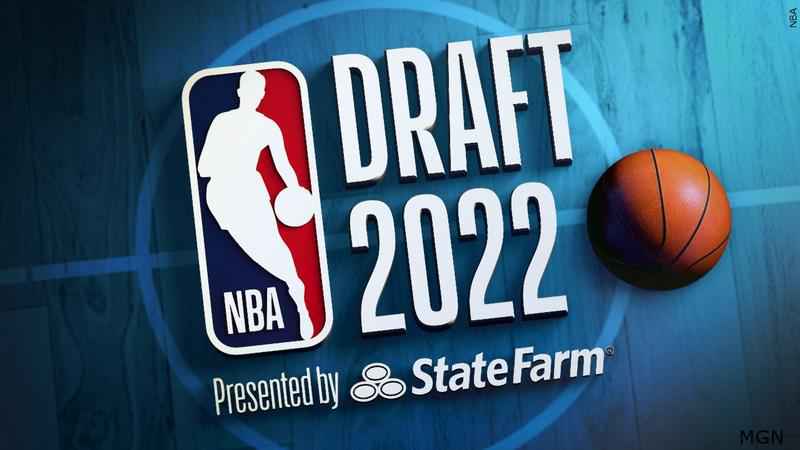 (ABC 6 News) — After one season with Gonzaga, Chet Holmgren was selected as the second overall pick in the 2022 NBA Draft on Thursday night.

Holmgren was considered by many to the top high school prospect in his class after leaving Minnehaha Academy, and helped lead the Gonzaga Bulldogs to the Sweet 16 in the NCAA Men’s Basketball Tournament.

The newest member of the Thunder averaged 14.1 points, 9.9 rebounds and 1.9 assists per game with the Bulldogs this previous college season. Holmgren won the 2021 Minnesota Mr. Basketball award, was an All-American and the national high school player of the year that same season.

Meanwhile, Iowa’s Keegan Murray went to the Sacramento Kings as the fourth overall pick. The Cedar Rapids native spent two seasons with the Hawkeyes after playing basketball at Prairie High School in Iowa and DME Academy in Florida.

The former Hawkeye was also a consensus All-American this previous campaign, and won the Karl Malone Award as the nation’s top power forward.

The Minnesota Timberwolves’ first pick was at 19th overall, but they traded their selection, Wake Forest’s Jake LaRavia, to the Memphis Grizzlies. In return, the T-Wolves received the draft rights to Auburn’s Walker Kessler from Memphis at 22nd overall.

Kessler proved himself as a defensive stalwart for the Tigers, winning both SEC and the Naismith Defensive Player of the Year Awards. Kessler averaged 11.4, points, 8.1 rebounds and 4.6 blocks per game at Auburn.

The Timberwolves also received the 29th pick in a trade with the Houston Rockets, using the said pick on Duke’s Wendell Moore Jr. Moore Jr. is fresh off three seasons with the Blue Devils averaging 10.7 points, 4.9 rebounds and 3.2 assists.

The new Timberwolf was on the ACC’s All-Defensive Team and a Second-Team All-ACC member. Moore Jr. also won the Julius Erving Award this season for best college small forward.

Furthermore, Spagnolo won a bronze medal with the Italian national team in the 2019 FIBA U16 European Championship.

Another Minneapolis native, David Roddy, went 23rd overall to the Philadelphia 76ers, but his draft rights were traded to the Grizzlies. Roddy played at Colorado State after spending his prep career at the Breck School in Golden Valley. As a CSU Ram, Roddy averaged 15.5 points, 7.4 rebounds and 2.4 assists per game in three seasons.

Roddy was the 2022 Mountain West Player of the Year, a two-time First Team All-MWC player and helped the Rams reach the NCAA Tournament this past season.

Cottage Grove’s Kendall Brown ended up picked by the T-Wolves at 48th overall, but his draft rights were sent to the Indiana Pacers.

As a Baylor Bear, Brown received All-American honors in 2021 before being selected to the Big 12 All-Freshman Team the next season. Brown averaged 9.7 points, 4.9 rebounds and 1.9 assists per game.