Navy vet convicted in gruesome killing of 4 in North Dakota 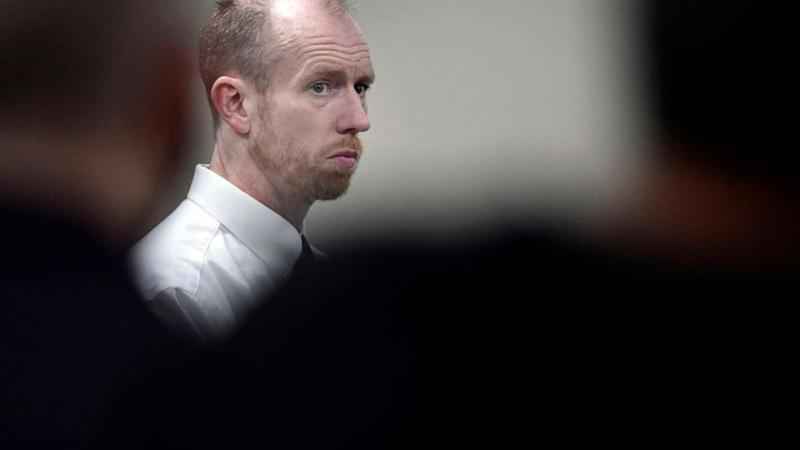 Photo: Mike McCleary/The Bismarck Tribune via AP. Chad Isaak, of Washburn, appears during the third day of his murder trial at the Morton County Courthouse in Mandan, N.D., on Wednesday, Aug. 4, 2021. Isaak is on trial for the killings of four people at RJR Maintenance and Management in Mandan on April 1, 2019.

A jury found a chiropractor and Navy veteran guilty Friday in the gruesome killings of four people at a North Dakota property management firm two years ago.

Jurors returned guilty verdicts on all counts against Chad Isaak, who was charged in the April 1, 2019, deaths of RJR Maintenance & Management co-owner Robert Fakler, 52, and co-workers Adam Fuehrer, 42, and spouses Bill and Lois Cobb, 50 and 45.

Isaak 47, of Washburn, whose mobile home is on property managed by RJR, pleaded not guilty to four counts of murder and three other counts. He faces life in prison without parole.

A jury of six men and sex women deliberated for four and a half hours before finding Isaak guilty following the three-week trial.

It was one of the most heinous crimes in North Dakota history, defense attorney Bruce Quick acknowledged in his opening statement. Three of the victims were shot and stabbed at the business in Mandan, a city of about 20,000. Combined, the four of them were stabbed about 100 times.

Quick said during the trial that the case amounts to a rush to judgment based on bad information that led to the wrong conclusion. The defense rested its case Wednesday.

Prosecutor Karlei Neufeld described the horrific crime scene during the trial and said evidence that included photos, surveillance video, bullet fragments, a knife and other items found during searches of Isaak’s home and vehicle led to the defendant.

Prosecutors presented the case as a puzzle in which all of the pieces pointed to Isaak, including a knife found in his clothes washer, gun parts found in his freezer and the security camera footage tracking his pickup.

BCI Supervisory Special Agent Arnie Rummel testified that investigators were not able to determine a possible motive, but that isn’t a requirement for a conviction.

The defense maintained that authorities overlooked numerous possible suspects. Isaak’s attorneys also questioned the sourcing, collection and processing of evidence; said some testimony doesn’t match police reports; and questioned the absence of visible blood on the clothing of a person seen in security camera footage leaving RJR the morning of the killings.

Prosecutors last week showed security camera footage from numerous businesses that authorities say tracks Isaak’s white pickup from Mandan to Washburn the day of the slayings, along with footage from a week earlier that they say indicates the killer planned out the attack.

Forensic experts testified earlier that fibers on the clothing of the slain workers were matches for fibers taken from Isaak’s clothing, and that DNA evidence found in Isaak’s pickup truck was linked to Fakler and possibly also to Lois Cobb.

Kyle Splichal, who worked at the North Dakota State Crime Lab in 2019, said the odds were 1 in 482 billion that anyone other than Fakler could have the profile developed from samples found in Isaak’s pickup. The samples might also have included some of Lois Cobb’s DNA, he testified.