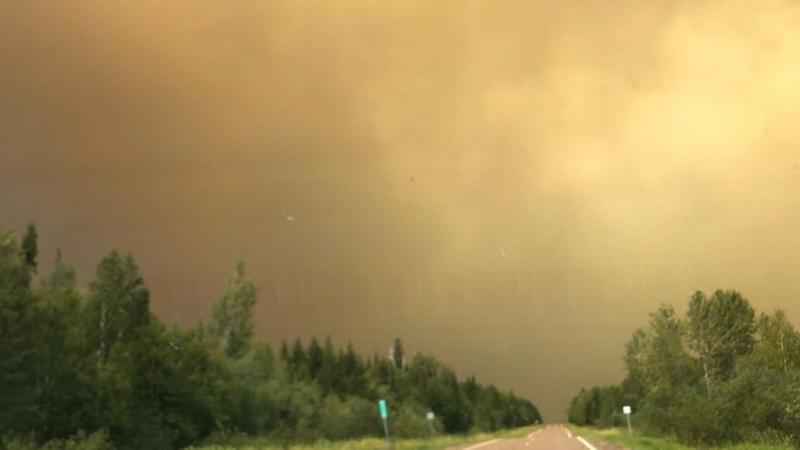 (KSTP) -Crews are continuing to fight a northern Minnesota wildfire and additional evacuations are taking place.

According to Hubbard Broadcasting sister station WDIO-TV, an emergency message sent out at 1:14 p.m. reported more evacuations have begun from Deep Lake Road and east to Little Isabella Road, including but not limited to the area of Mitawan/Grouse/Kitagan lakes.

The American Red Cross also said Monday night that, due to changing fire conditions and road closures, it closed its disaster shelter at the Finland Community Center and set up a new temporary evacuation point at the Babbitt Municipal Center.

Firefighters had said they were expecting near-critical fire weather conditions on Monday, according to WDIO.

The Greenwood Fire’s size is estimated at 8,862 acres.

Although activity increased Sunday afternoon, fire officials told WDIO the overall size of the fire remained the same due to firefighting efforts and improved mapping.

KSTP’s Kirsten Swanson reported she could see thick smoke from the Greenwood Fire where she and a 5 EYEWITNESS NEWS crew were stationed Monday. She also said ash and debris were falling from the sky near them.