In a House of Representatives Committee hearing, the Minnesota AARP argued against taking away the tax and said it could mean less money towards programs that benefit low-income seniors.

"Our concern with full repeal is that given the aging demographics and other challenges we face, especially the dire workforce shortage in long-term care that is threatening the health and safety of vulnerable seniors, a full repeal may not leave the state with adequate state resources to fund the very programs seniors need," the Minnesota AARP said in their testimony.

Instead, taking away the tax for middle-income retirees.

"This year, we urge lawmakers to consider an alternative approach and go a step further by exempting all Social Security benefits from taxation for middle income retirees. We believe this is consistent with Congress’s intent when they began taxing Social Security benefits in 1984 and provided full tax exemptions depending on one’s income," they added. 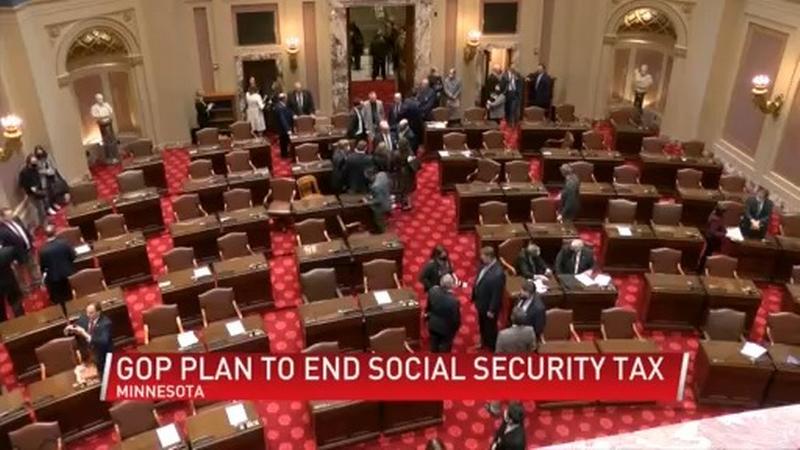 "How does that work better for all Minnesotans long-term? Not all Minnesotans need relief from this specific tax," said Patrick Gannon, a Rochester resident asked to testify to the committee.

Taking away the tax would mean Minnesota loses more than $600 million in revenue by 2025.

"It is a significant revenue to our state. But I submit to you that these benefits were purchased by the retirees. We expect a swift passage a bipartisan passage," said Senate Taxes Committee Chair Carla Nelson (R- Rochester).

However, Republicans believe the fact that we have the tax is pushing out retired seniors to nearby states that don’t tax social security.
Nelson says the proposed measure is not new to the committee, and they’ve been trying to get rid of the tax for years. She also says it should have no problem passing through the senate, but may be difficult to get through the democrat controlled house.