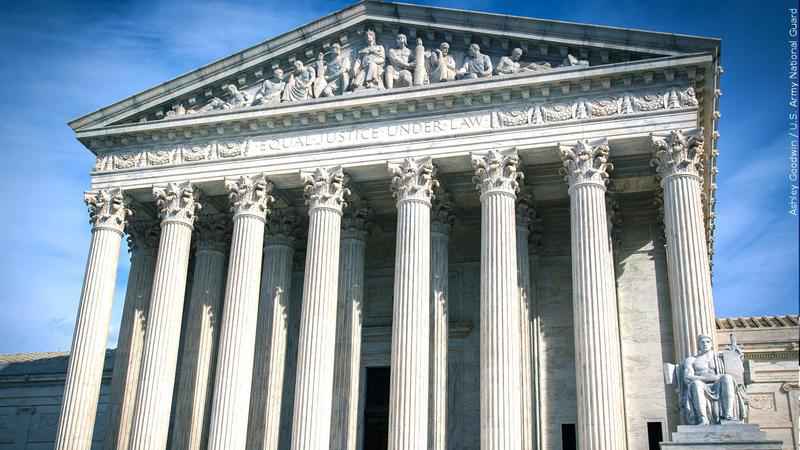 Politicians and groups across the country are reacting to the decision by justices of the United States Supreme Court to overturn Roe v. Wade.

“Reproductive rights are on the ballot in November, and the stakes could not be higher. The governor’s office is now the last line of defense against an abortion ban in Minnesota. My opponent has pledged to use this decision to ban abortion without exceptions for rape and incest. This is my pledge: not on my watch.”

“This disastrous ruling leaves Minnesotans with a clear choice. As long as we are in the governor’s office, Gov. Walz and I will not put anti-choice judges on the state Supreme Court and we will block any anti-choice legislation. The Republican ticket has promised to pass one of the most extreme abortion bans in the nation – we cannot let that happen. We ask Minnesotans to come together to protect our reproductive rights from a dangerous anti-choice agenda.”

“We have seen many lives diminished after this court ruling decades ago. While Minnesota’s Supreme Court ruled that there is a right to an abortion, as governor I still want to seek out loving and caring alternatives like universal adoption, family planning measures to prevent pregnancies and policies like counseling and alternative referrals, medical assistance and other measures that value people – both born and unborn. I will be a leader that will solve problems, as I have done before such as bipartisan insulin legislation, which values life. Minnesota values are not ‘up-to-the-moment-of-birth’ abortions as Tim Walz and Peggy Flanagan support. The restrictions allowed by our courts are supported by the vast majority of Minnesotans and late term, nine month abortions championed by Tim Walz are not Minnesota values. I would ask Minnesotans to carefully reflect on that position, along with many other distinctive differences like gas prices, public safety and inflation and choose better leadership that offers positive solutions for this state.”

“The U.S. Supreme Court was right to return this decision to the states and elected officials. Roe v. Wade was the wrong decision in 1973 and important policies like protecting the lives of unborn babies should be decided by elected representatives accountable to voters in their communities. Ultimately I believe today’s ruling will bring about a better future for our country, one that honors life and elevates the critical importance of protecting the helpless and vulnerable. In Congress, I will work to protect life and fight for the unborn.”

"Today is a victory for every unborn child, affirming their life has value and is worth protecting. Senate Republicans are committed to working together to find consensus on protections for babies, and support for moms and families who choose life.”

“Today life prevailed with a decision that will save countless unborn lives. While there is no immediate impact here in Minnesota, this is an important step toward building a nation that values and recognizes life as a gift that should be protected.

The United States has long been an extreme outlier on abortion on par with countries like North Korea and China who allow abortion up until the moment of birth. 90% of European countries have similar restrictions to those passed in Mississippi that were in question in the Dobbs case. It’s long overdue that we join the rest of the civilized world in providing protections for unborn babies with heartbeats and who can feel pain.

I am so grateful to the millions of pro-life Americans who have raised their voices, marched, voted, and prayed for this historic day.”

“This Supreme Court’s ruling is a travesty of justice that will inflict tremendous suffering on countless people across America. With federal abortion protection gone, we know that Republicans are going to redouble their efforts to ban abortion in Minnesota, as Scott Jensen, Doug Wardlow, and Jim Schultz have promised.

The Minnesota DFL Party and our leaders will do everything in our power to defend access to abortion. Voters who don’t want to see anyone jailed for seeking reproductive health care must show up and vote like our health depends on it, because it does. Republicans will use the same playbook they used nationally to erode protections for abortion here in Minnesota, and the only way to stop that is by defeating them at the ballot box.”

David Hann, Chairman of the Republican Party of Minnesota:

“This is a tremendous victory for the U.S. Constitution, the rule of law, and the sanctity of life. It was widely accepted that Roe v. Wade was deeply flawed on constitutional grounds. As Republicans, our party has always stood for human rights, including those of the unborn. With today’s rulings, The Supreme Court returned to the states and the people their rightful authority to govern themselves and protect the unborn.”

David Hann, Chairman of the Republican Party of Minnesota

“Today’s ruling is a calamitous decision that upends decades of precedent and rolls back fundamental rights for millions of Americans. And it is just the beginning of government overreach into the private, personal decisions of American families. The federal government has no place interfering in the decisions between a woman and her doctor, criminalizing abortion or enacting arbitrary laws that undermine women’s reproductive freedoms. Our state’s abortion laws are sensible and widely supported by the vast majority of Minnesotans – and I am fiercely opposed to any efforts to roll them back in accordance with this ruling.”

“Today’s historic ruling by the Supreme Court will save countless innocent lives. As the father of five beautiful children, I believe that all life has value and should be protected, and this ruling is a win for the sanctity of life. Additionally, this decision also returns decision-making power back to elected officials in states as intended.”

“The United States Supreme Court’s 6-3 decision to overturn Roe v. Wade is wonderful news. With their historic ruling, our nation’s highest court clearly rejected the idea that abortion is a right. This amazing pro-life victory will save lives, protect unborn children, and serve as a beacon for the values that built America.

When our nation was founded nearly 250 years ago, our Founding Fathers recognized that our Creator endowed us with the unalienable rights of life, liberty, and the pursuit of happiness. The fundamental nature of our right to life has always been a part of the United States, and I am glad the Supreme Court has affirmed this with their decision.

We should celebrate this day and prepare for the mission in front of us. As a result of the 6-3 ruling, major decisions about the sanctity of life will now be made by legislatures across the country. Now is the time to redouble our efforts and make sure that we defend the unborn here in Minnesota and in all 50 states.”

“Today’s Supreme Court decision is devastating and while it may have been expected, it still comes as a shock to millions across the country. This is a clear assault on human rights and a decision which will result in thousands of deaths and dangerous under-the-table procedures. While abortion is still legal in Minnesota, this right is being attacked by state Republican leaders. I will do everything I can to maintain women’s right to choose and have autonomy over their bodies. Abortion is healthcare, a right, and a personal decision, and I will continue to do all I can to make it legal and accessible to all.”

“The Supreme Court’s greatest moments have come when it allows America to embody more perfectly the enduring truth on which it was founded: that all human beings, without exception, are created equal. By that measure, today’s historic decision is clearly one such moment. But the fight for life is not over. As Governor, I won’t rest until every unborn Iowan is protected and respected.”

"Today’s decision is about power & control over women. It will continue to escalate as extremist continue to accumulate more power. They will use their own women to push it. The only way it stops is if Americans wake up, vote, be loud & honest about the stakes. Don’t back down."

“I’m proudly and adamantly pro-life. This decision reflects the science, will save lives, and rightly returns policymaking power back to the American people and their elected officials.”

“As a father of four, I grieve for families who have lost loved ones to senseless acts of violence, and support commonsense measures to secure our schools and protect our children. For this reason, I helped introduce legislation to prioritize mental health treatment, fund active shooter response training, and keep our kids safe at school. Unfortunately, this proposal contains constitutional concerns that I cannot support. As a strong supporter of the Second Amendment, I will continue to vote to protect every Iowan’s constitutional right to keep and bear arms while working to expand mental health resources for our communities and protect our children from unspeakable tragedies.”