Masks are required to be worn in settings within the city where medically vulnerable people or children under the age of 12 are expected to be present.

The masking requirement is in effect immediately and will remain in place until 10:15 a.m. Friday unless the City Council approves a resolution to extend it.

Mayor Kim Norton declared a local emergency at Monday night’s city council meeting because of the growing number of virus cases. With her declaration came a mask mandate with some interesting exceptions. 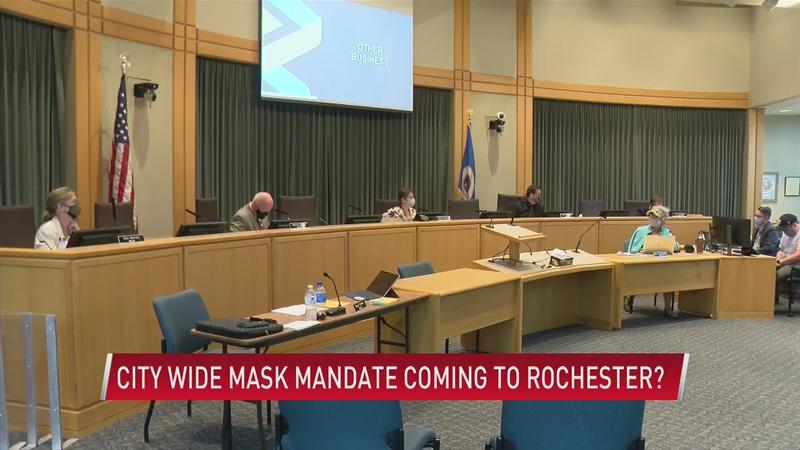 Do we need to wear a mask out in public again?

The short answer is yes. Everyone no matter their age or vaccination status will have to wear a mask out in public. The full answer is a little more complicated than that. The mayor is able to unilaterally make a mask mandate through something called a declaration of a local emergency. This means as soon as she signs the declaration this mask mandate will be in effect for three days.

After three days the city council has to vote to either confirm, deny, or alter the mandate.

There are a couple different ways the council could alter it. Right now people in Rochester have to wear a mask in areas where children are expected to be present, according to the mayor.

"It is my hope that we will get confirmation that this language is defensible. It basically states that where children are present or expected to be present masking is required," Norton said at the council meeting.

After the mayor announced her mandate, the council discussed making the language of the mandate more specific. They want to focus in on where exactly people would have to wear a mask. They may also make the mandate more general. Some want to require everyone to wear a mask in public settings no matter if children are present or not. Some council members are concerned and addressed their hesitation at the meeting Monday night – saying a mandate without strategic planning could cause confusion to the public.

They say the timing and the lack of specific data – especially if the data in cases keeps changing – is not clear enough.