(ABC 6 News) – A 20-year-old Rochester man is in custody after police say he crashed into a squad car in a stolen vehicle and then drove off.

Atherton then drove off. As he drove away from the officers, police said he knocked over a stop sign, hit another vehicle, ran several red lights and drove through someone’s lawn. The officers ended the pursuit.

The vehicle Atherton was driving was found later on the 300 block of 7th Ave NW. Atherton was located nearby.

Officers search Atherton and located heroin and brass knuckles. Atherton also admitted the vehicle he was driving was stolen. 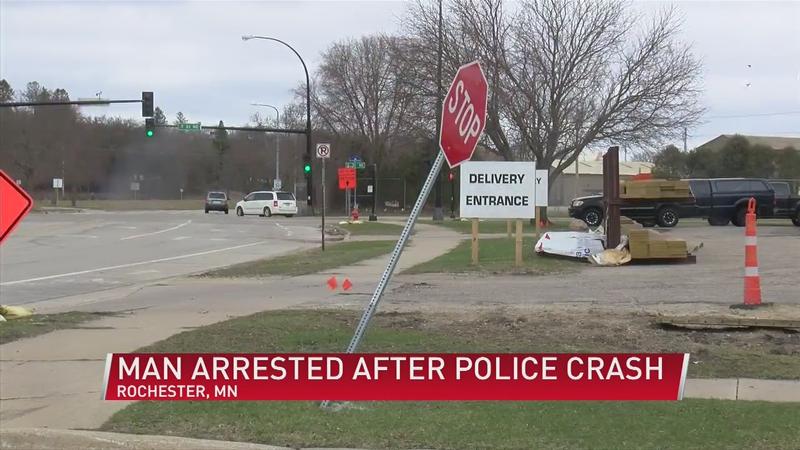 He was arrested and is facing possible charges of motor vehicle theft, fleeing in a motor vehicle, possession of a controlled substance and DUI.

One officer complained of minor neck and back pain but no serious injuries were reported.