(ABC 6 News) – The Rochester City Council met Monday night to discuss a number of issues, including the future of one local business. Police and the city have recommended the Los Jarritos restaurant be placed on probation following several violent incidents on the property, including stabbings and gunshots.

"I invite police officers after the fights. I say ‘guys I have 12 cameras. Go search whatever you want. We’re not doing anything illegal here.’ Whatever happens outside, I don’t want to be in the middle of it because I have my family and kids inside," Teo Ramirez, the father of the Los Jarritos owner, said to council members.

He said what goes on outside of his restaurant is out of his control. Some council members agreed.

"We’re in a pandemic. These folks are trying to make a living with the business they have," Rochester City Council member Kelly Kirkpatrick said.

The issue was even getting reactions from some community members in the room. 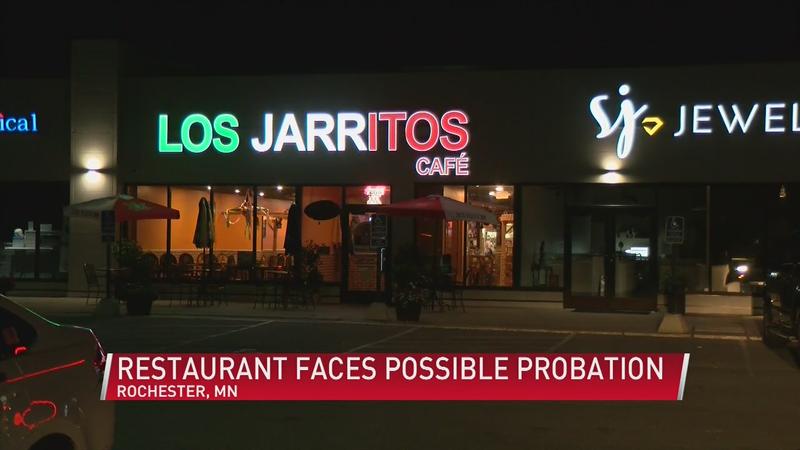 Rochester police said they have responded to numerous calls at the restaurant including fights and stabbings. Now they want the city to take action.

"There are nine incident reports. You will notice there are two incidents that include gunshots in there, there are multiple fights. Stabbing over serving, potentially underage serving," Christiaan Cartwright, the city clerk’s license examiner, said.

The city clerk’s office is suggesting the restaurant draft a plan to improve including closing at 10 p.m. and taking away their entertainment license for the time being. Should Los Jarritos violate these rules, they would lose their liquor license.

"It feels to me like we’re describing this is we’re going to close them down, but the recommended action here is to put in place a plan that we get back to the operating standard that we want to see them at," Rochester City Council member Nick Campion said.

The owner asked Monday if the hearing could be postponed until he could have his lawyers present. The city council ultimately agreed.

They will meet on Sept. 20 to make a decision.