(ABC 6 News) – Minnesota Attorney General Keith Ellison announced his office has filed a lawsuit against two Illinois-based companies for inaccurate COVID-19 testing. And you may have gotten tested at one of these locations. The site is in the Northgate Center in Rochester, and a sign on the door it says it’s closed until the 22nd. Many who stopped by say the process was fast, and they didn’t have to provide insurance or medical information

Rochester resident Kristen Siewert is one of those people.

"I just feel like this place needs to be shut down," Siewert, who tested because she was experiencing symptoms, said.

According to Siewert, there were multiple people doing nasal swabs at the same time, and the place was crowded.

"You had to do your own nasal swab, and you had to show a drivers license, which I’ve never really heard of that," she said. 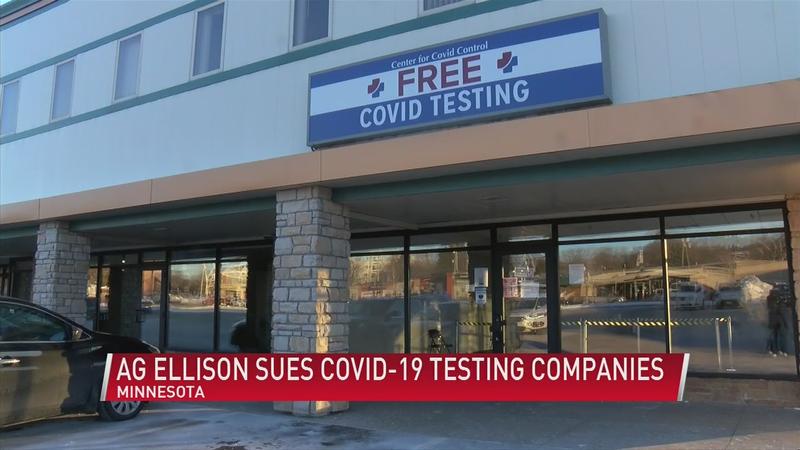 She was unsure of the efficacy of the Rochester testing site, so she got a second at-home test as well. Both tests came back positive.

"It was just really odd."

The Rochester location closed down after the Better Business Bureau launched an investigation into it’s parent companies — The Center for Covid Control and Doctors Clinical Laboratory. Attorney General Ellison’s office announced yesterday he’s suing the companies after receiving over 30 complaints from Minnesotans about missing or inaccurate testing results.

Former employees of the Center for Covid Control told Ellison’s office that the testing sites were chaotic and overwhelmed with samples. They claim management instructed them to falsify test results.

The Attorney General’s office is asking those who got tested at the site to call in or report your concerns here. The Center for Covid Control did not respond to a request for a comment.