(ABC 6 News) UPDATE: Two downtown Kasson businesses are a total loss after a fire last night. While the owners try to figure out their next step the city is coming together to try and help them get back on their feet.

"A passer-by smelled smoke and called it in. A city cop came by and saw smoke coming out of the building and called it in and then we responded," said Chris Seljan, Kasson Fire Deputy Chief.

The fire broke out on the 300 block of 5th St SE In Kasson. No one was injured. However, the city says that this is a huge loss for the business community. 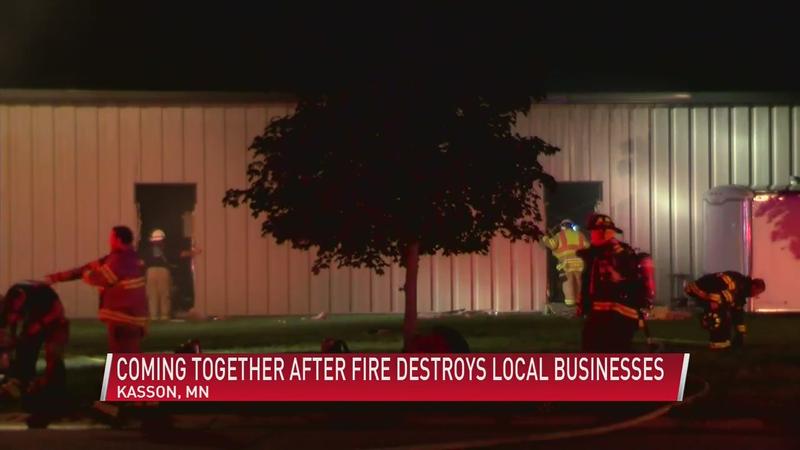 The building and all of the antiques inside are a total loss. Outside the building are piles of charred furniture and pieces of history. 1760 Millwork Manufacturing Company has been serving the community for more than a decade.

The city says it’s ready to work together with the community and rebuild from the wreckage.

"It impacts our community it impacts workers and it impacts that business owner and so we’re here to help them move forward," he said.

The investigation into what caused this fire is still ongoing.

(ABC 6 News) – Several area fire departments are on the scene of a fire at an antique shop in southeast Kasson.

The fire started around 9 p.m.in the 300 block of 5th St. SE at the Daisy Mae Antiques and 1760 Millwork Manufacturing Company businesses.

It’s unclear what caused the fire or the extent of the damage.

This is a developing story, stay with ABC 6 News online and on-air for the latest.

We heard reports around 9 pm of a fire. KPD said it’s coming from a business that was closed pic.twitter.com/H9Lk0j2Usg