The first charge is of 2nd-degree murder with intent, without premeditation.

The second is second-degree murder without intent while committing a felony. He faces a third charge of felony second-degree assault with a deadly weapon.

According to the criminal complaint, deputies from the Olmsted County Sheriff’s Office responded to a caller, John Colbert’s son, who said a white man had pulled up to John Colbert’s house on CR 105 in Kalmar Township. 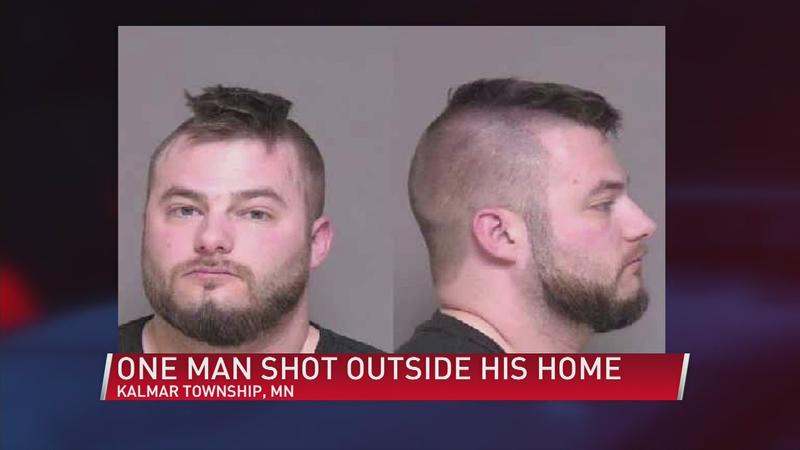 Colbert went outside to investigate, and the Shillingford is accused of shooting and killing him outside the house.

Colbert was pronounced dead at the scene.

Deputies located the gray Toyota Tacoma registered to Shillingford at the scene.

After reviewing camera footage from the outside of the house, deputies reported that Shillingford was seen walking near the family’s garage holding a handgun.

The son deputies that he saw the truck pull into the driveway, went outside alone to investigate, and saw Shillingford hiding around the corner of the garage. He told the victim, who retrieved his handgun.

After Colbert and his son walked from the front of the house toward the detached garage, surveillance footage showed the suspect "rack" the handgun and fire at both three times, hitting the Colbert. The son then picked up his father’s gun and fired twice at Shillingford.

Shillingford is accused of running away, and may have tried to hide in a ditch and nearby driveway.

Law enforcement officers recovered a 9 mm handgun and magazine near a barn/event center in the area.

Shillingford’s initial court appearance is scheduled for May 24. He is held on $1 million dollar bail.

ABC 6 News will update this story as more information is available.