(ABC 6 News) — The Iowa Hawkeyes put on a historic performance during their destructive 112-76 win over Northwestern in the Big Ten Men’s Basketball Tournament.

The fifth-seed Hawkeyes made a tournament-record 19 three-pointers in one game, the Northwestern Wildcats stood little chance against the offensive onslaught. Keegan Murray, who led Iowa with 26 points, tied the record at 14; by then the score was 81-43 with barely 15 minutes remaining. With about 12:45 left in regulation, Jordan Bohannon forced a steal and heaved a lengthy three to break the record at 15. The Hawkeyes added four more three-point field goals for good measure, marking an emphatic victory to advance to the Quarterfinals.

Iowa will play fourth-seed Rutgers on Friday, tip-off is scheduled for 1 PM. 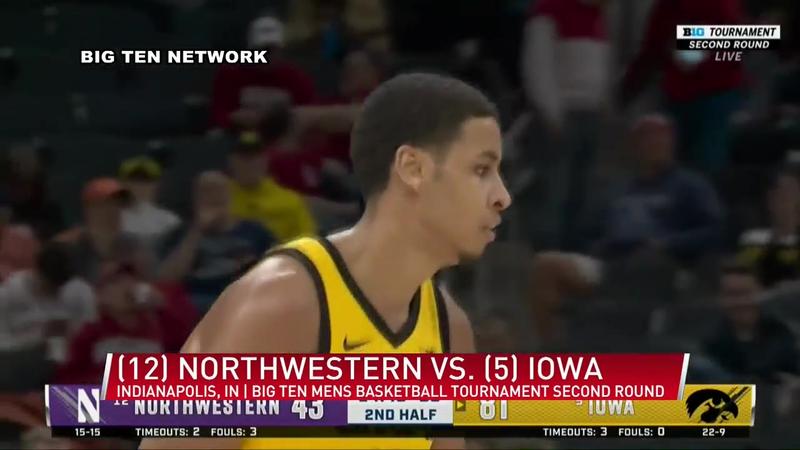