Hormel Institute hosts the next generation of scientists for a day

Kids doing science experiments at The Hormel Institute might seem like a stretch. Tuesday, it was all about making it young scientist friendly with a microscope station, liquid nitrogen experiments, and the strawberry DNA extraction lab.

"it’s cool to see like how your favorite food develops its DNA. I like to smush things," said 11-year-old Elliana Morgan who will be going into 5th grade,

There were a lot of questions and ‘wow’ moments for the young scientists.

"If one kid goes home and they can tell their brother, sister, parent, grandparent one thing that they learned, or we get that one child that they have gotten something," said Kelly Vincelette, the community outreach and education manager at The Hormel Institute. 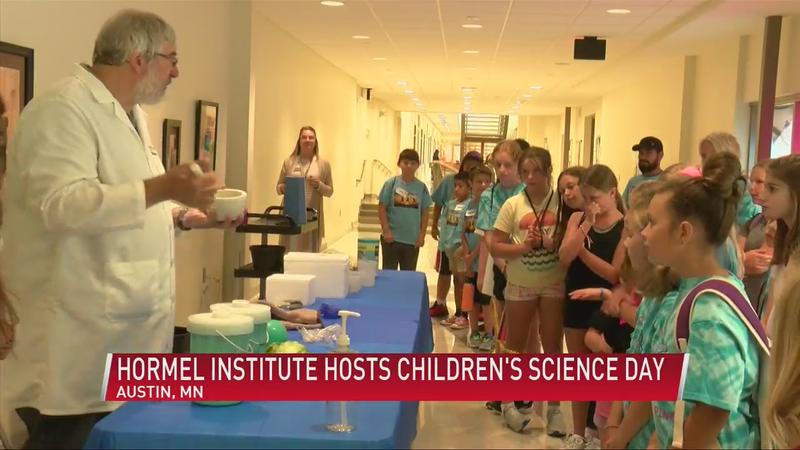 Addison Leathers who is also 11 years old and going into 5th grade shared what she learned: "Something I learned was probably the different animals and little creatures and stuff inside so many different things."

This is the second time this year, the Hormel Institute brought in young students to try experiments, and they’re hoping to do it more.

"If just one student took something away, that is really going to be a win," added Vincelette.

So do we have some future scientists? For Elliana, she’s torn: "I’m choosing between a zookeeper and a scientist. Because like my dad kind of wants to play with the seals. I also love animals but then I also love research and science."

As for Addison: "Umm, a little bit. I kind of want to be a scientist when I’m older. It seems pretty interesting."