(ABC 6 NEWS) – Wednesday night was special for a group of high school football referees. It’s their final night, after several decades on the job.

The crew was recognized before the game between visiting Janesville-Waldorf-Pemberton and host Alden-Conger/Glenville-Emmons.

The team of referees consists of Bob Rindali, Dennis Flum, Don Nolander, Jeffery Raymond, and Alan Shalack. They had quite the rainy game, some members of the crew have been working games as far back as 1983. 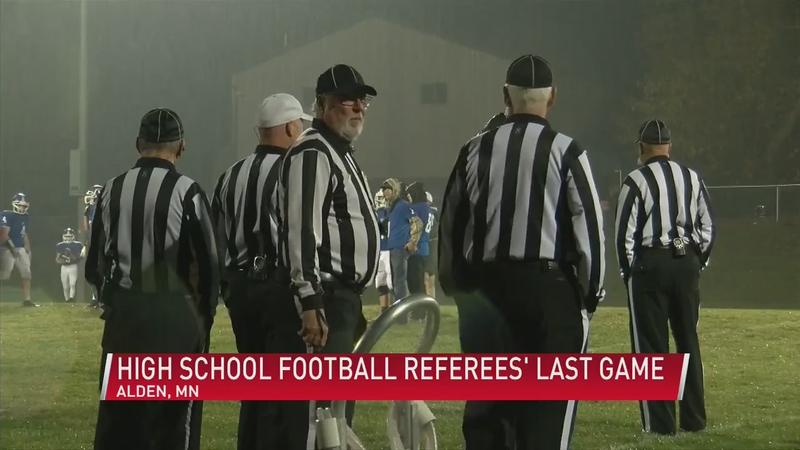