Here’s what we know about the Omicron variant in Minnesota

(ABC 6 News) – A man from Hennepin County tested positive for the omicron variant after attending an anime conference in New York City in mid-November. He is fully vaccinated and got the booster shot, and he’s fully recovered from his symptoms.

"The most important thing we can do right now is stay on offense and use the tools that we have available to make it as hard as we can for this virus to spread," Minnesota Department of Health Commissioner Jan Malcolm said in a press briefing Thursday.

MDH Infectious Disease Coordinator Kris Ehresmann noted that the man first reported mild symptoms Nov. 22. This was days before we began hearing about the variant from South Africa. Health officials have learned how to identify the new variant but aren’t yet sure if Omicron is more transmissible than Delta.

"The Minnesota surge at this point is Delta. We know that from our surveillance and sequencing work. It’s virtually all Delta," Malcolm said, touting the state’s rigorous sequencing program. Mayo Clinic explained in a separate press briefing why the World Health Organization labeled Omicron a variant of concern.

"It has an unusually high number of mutations. The dramatic rise in cases in South Africa rendered concerns that this virus might be much more transmissible," said Dr. Matthew Binnicker, Vice-Chair of Practice in the Department of Laboratory Medicine and Pathology at Mayo Clinic. 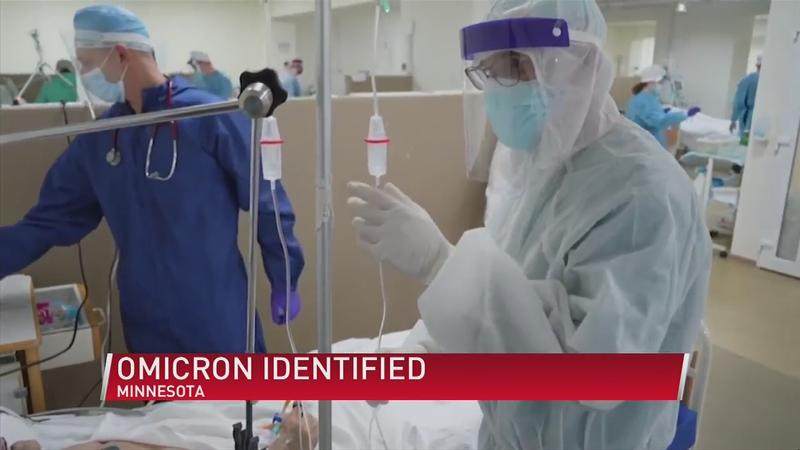 As of Thursday afternoon, MDH reported around ten cases in a high priority group being sequenced for Omicron. About 2,000 COVID-19 cases are sequenced across Minnesota every week. Health officials maintain that we have enough tools to fight this new strain without having to impose any new mask mandates or shutdowns. However, early evidence shows that the current Pfizer, Moderna, and Johnson and Johnson vaccines may be less effective.

"We may see a reduction of protection against severe disease and hospitalization. But I don’t think this is going to be an impact from 90 percent protection to zero," Binnicker said.

Scientists also encourage the public to be more cautious about traveling or gathering in large groups this holiday season.