Grizzlies’ Zach Wiese commits to U of M, first Grizzly to commit to a DI School

(ABC 6 News) — Tuesday was both a proud and historic day for the Rochester Grizzlies.

For the first time in the team’s history, one of their players committed to a Division I college. Goaltender Zach Wiese has officially committed to the Minnesota Golden Gophers according to the team in a press release.

Wiese is fresh off winning the NA3HL Goalie of the Year after a campaign where he had a 40-7-3 record and a .934 save percentage over 51 games with Rochester. Wiese will be playing under a Minnesota squad that reached the frozen four this past season. 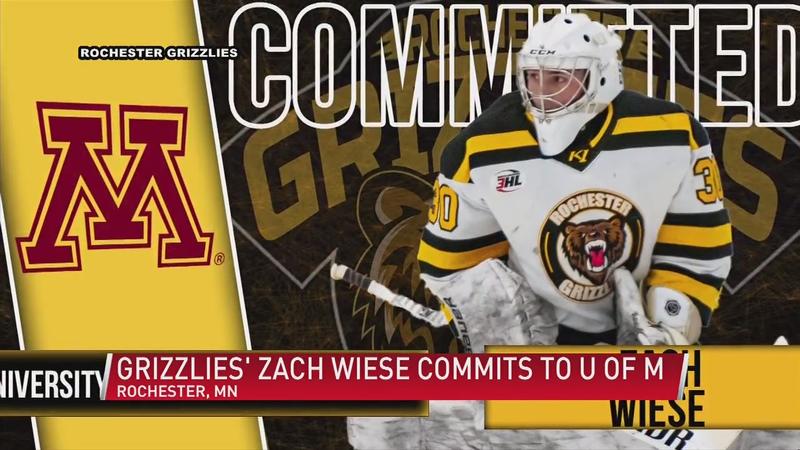