Greenwood Fire more than doubles in size in 24 hours 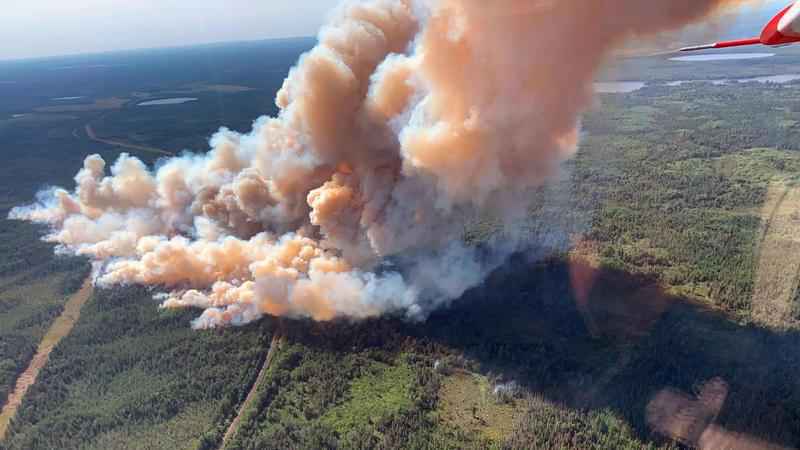 (KSTP) – The Greenwood Fire more than doubled in size in 24 hours, reaching an estimated 19,493 acres as of Tuesday morning after a day of "extreme" fire behavior caused more than 150 additional dwellings to be evacuated.

The fire had been at 8,862 acres on Monday morning. It grew quickly Monday with "torching, wind-driven runs and long-range spotting," according to Tuesday’s update from fire officials coordinating the response. Officials said Monday’s conditions forced them to pull air resources, heavy equipment, and ground crews for their safety.

"We are expecting more favorable weather and less active fire conditions for the next few days," the Tuesday update said.

On Tuesday, firefighters were planning to return to areas impacted by the fire Monday to assess its progression and work to protect structures where it is safe to do so. Crews will also reinforce the southern portion of the fire line, as well as the Minnesota Highway 1 and Lake County Highway 2 corridors.

On Monday, Lake County Emergency Management evacuated 159 dwellings north of Minnesota Highway 1 and east of the Slate Lake Area. That’s on top of 100 other homes and cabins that had been evacuated last week.

The Red Cross evacuation center has been moved to the Babbitt Municipal Center at 71 South Drive in Babbitt.

Prior to Monday, evacuation orders were already in effect for McDougal Lake, Sand Lake, the Highway 2 corridor, and north of Highway 1 in the vicinity of East and West Chub lakes, Jackpot, and Slate Lake. Some evacuations were triggered on Friday when the fire crossed over Lake County Highway 2, a Management Action Point.

The fire was first reported on Aug. 15. The U.S. Forest Service said lightning caused the fire near Greenwood Lake, about 25 miles southwest of Isabella in the Superior National Forest.