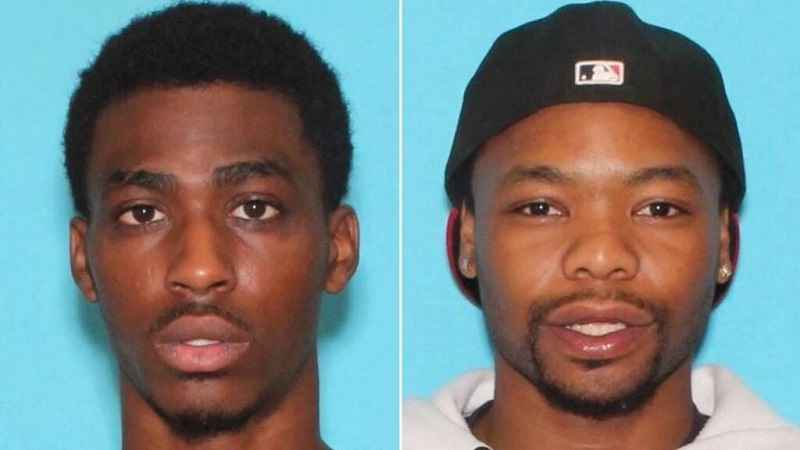 Shamar Alon Lark (left) and Rashad Jamal May, suspects in the shots fired incident at Mall of America on Aug. 4, 2022, are still at large. (Bloomington Police Department)

(ABC 6 News) – Governor Tim Walz announced on Friday he is prepared to immediately extradite two individuals suspected of the August 4 shooting at the Mall of America.

The Governor, Attorney General Keith Ellison, and Hennepin County Attorney Mike Freeman will coordinate to ensure the swift extradition of Shamar Lark and Rashad May, who were apprehended Thursday afternoon in Chicago, back to Minnesota.

“Minnesotans deserve to know that people who commit brazen acts like the shooting at the Mall of America will be held accountable by Minnesota prosecutors and courts,” said Governor Walz. “I am ready to act quickly to extradite the suspects who fled to Chicago. We will not delay in ensuring that these individuals face justice here in Minnesota.”

Under Minnesota law, the Governor is authorized to issue interstate extraditions warrants, and Governor Walz issues approximately 100 warrants each year.

The interstate extradition process allows for the return of criminal suspects who have fled from justice.

Extraditions allow prosecutors and courts to hold fugitives accountable in Minnesota and around the country.

“We cannot allow violent criminals to flee Minnesota’s borders,” said Attorney General Ellison. “My office is ready to work with the Governor to expedite the Hennepin County Attorney’s extradition request.”