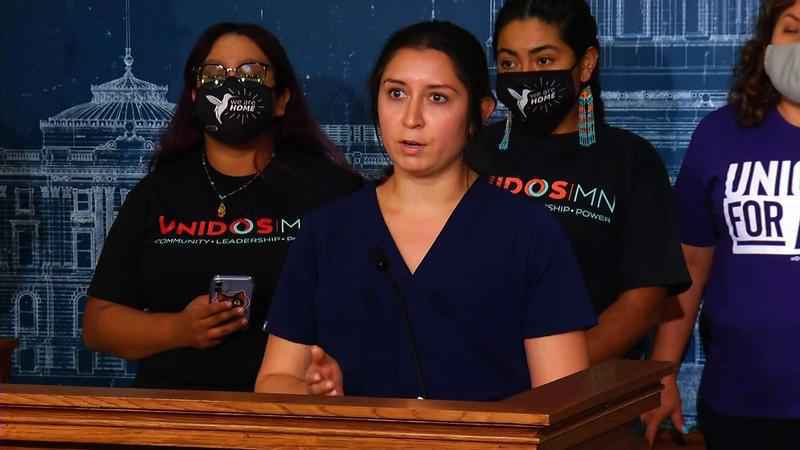 (KSTP) – It turns out trying to come up with a plan for front-line worker bonus pay is as difficult as many predicted. Trying to formulate a plan that will please everyone is likely impossible.

On Thursday, Republican lawmakers presented the first formal, public plan to divvy up $250 million in bonus pay. It prioritizes nurses, first responders, long-term care workers, hospice providers and corrections officers for $1,200 bonus payments. There is no income cap and the money would not be taxed by the state.

Sen. Karin Housley, R-Stillwater, explained why they focused on those workers.

"The decision here is obvious," Brindley said. "There is a group of workers, those who worked in long-term care, in hospitals, those nurses, those first responders, these folks were assuming risks that other people just were not assuming."

However, immediately after the Republican news conference, several nurses along with food service and maintenance workers expressed disapproval. They say the pool of workers in line for bonuses should be broader.

"It’s not just the nurses who did this," Rachel Hanneman, a registered nurse, said. "I would leave my shift and then go home to the grocery store, grab Starbucks on the way home so there was just a whole range of people who worked through this pandemic who didn’t have the opportunity to work from home. So they also assumed risk."

Maintenance worker Troy Bowman says it wasn’t just food service and health care workers who were at risk by having to go to work in person every day.

"I’m a janitor in downtown Minneapolis being exposed to the environment that, you know, I had to come into each and every day," he told reporters, "over a thousand people coming in and out of a store."

"Excluding any frontline workers is a slap in the face to someone who put their life at risk for our communities," Deb Tauer, president of the Minnesota Licensed Practical Nurse Association, added in a statement. "Without the school workers who watched our children, many of our nurses would have had to stay home when schools went to remote learning. Without the food service workers and store clerks, we would have struggled to keep our families healthy. It was the sacrifices of all frontline workers that gave us the ability to show up and care for our communities."

"It’s time for working group members to finish the job we were appointed to do," the statement says. "Essential workers across many different sectors have sacrificed far too much to be left behind. We’ve listened to the stories of workers and their families, we’ve taken a deep dive into state employment data, and we know that a broad collection of workers deserve help, and that’s what our original proposal delivers. It’s time to get this done."

Gov.Tim Walz says he won’t call a special session until the working group agrees on a final compromise plan.