Gazelka to announce run for governor

(KSTP) – Former Senate Majority Leader Paul Gazelka is shedding his title as a state legislator, but he’s looking to move to the executive branch in 2022. He’s set to announce his run for governor on Wednesday, a source told 5 EYEWITNESS NEWS.

Last week, Gazelka, R-East Gull Lake, said he planned to step down from his post as his chamber’s top Republican and would not seek reelection during the midterms. During a news conference at the Minnesota State Fair last Wednesday, Gazelka said he was "leaning towards running for governor."

Gazelka has been a staunch critic of DFL Gov. Tim Walz, particularly with regards to his use of peacetime emergency powers during the coronavirus pandemic.

Just hours after Gazelka announced he was stepping down from his Senate leadership position, Sen. Michelle Benson, R-Ham Lake, declared she was running for governor at a campaign event in Blaine. Former GOP Sen. Scott Jensen is also running for his party’s gubernatorial nomination. 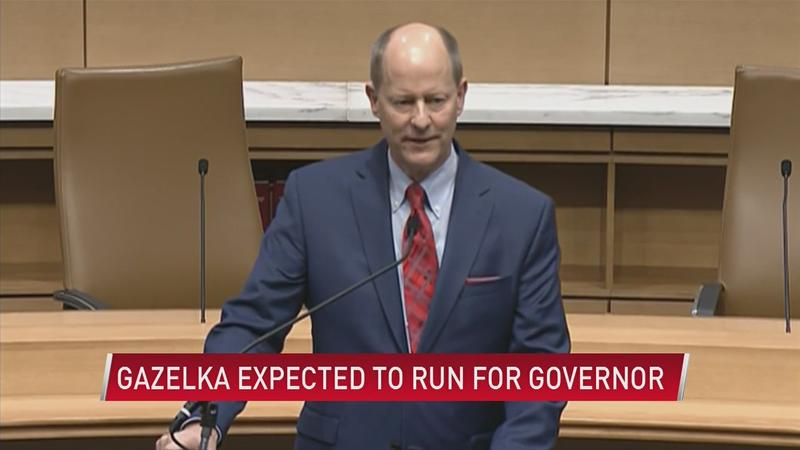