(ABC 6 News) – The Rochester Fire Department’s new search and rescue dog, Loki, is officially ready to be deployed after months of training. Loki is a two-year-old Belgian Malinois who came from a humane shelter.

The RFD’s Battalion Chief Holly Mulholland said he had the right foundation to become part of the team. She’s been working with Loki since March, training him to search through piles of rubble for people who may be trapped.

When Loki finds someone, he alerts the rescue team by barking.

"Loki has turned out to be just a phenomenal search dog. He’s such a great asset for our community and we’re just so thankful. And I’m personally grateful that I was selected to be part of that transition from rescue to rescuer," Mulholland said.

Loki passed his first of two tests in August, meaning he can now join the team out in the field. 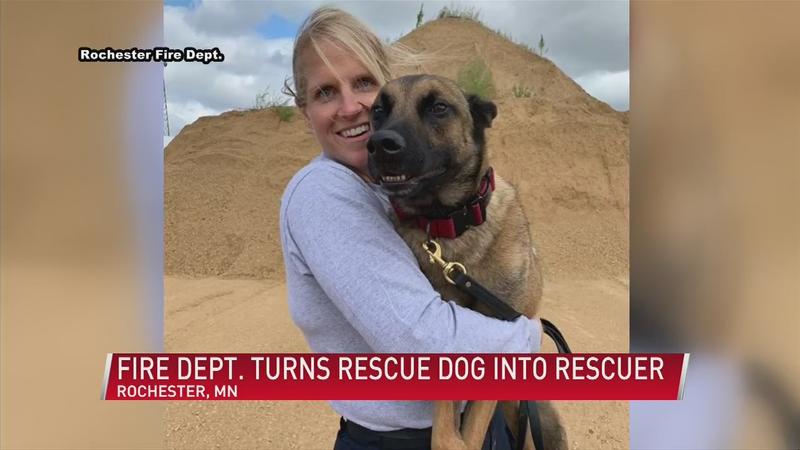 "K9’s have to demonstrate their skills in agility, in obedience and in search in order to certify," Mulholland said.

She said she didn’t pick the name Loki.

"For his constantly breaking out of crates and that sort of mischievous behavior, that’s how he earned himself that name," Mulholland said.

Loki and Mulholland are members of the Minnesota K9 Search Specialists, so they can be called to emergencies across the state where search dogs are needed.

"I just thought it was such a huge opportunity and for the Minnesota K9 Search Specialists to offer the dog and everything with it. That’s not usually how it goes," Mulholland said.

Before Loki came to southeast Minnesota, the closest search and rescue dog was about an hour away.

Loki and Mulholland are currently training for another round of tests in October.