(ABC 6 NEWS) – A Field of Flags dedication ceremony was held on Saturday afternoon in Mantorville.

This was the 9th year of the dedication event.

Over 100 flags were placed in the field behind the Dodge County Administration Office.

The field honors veterans, EMS, police, and others who serve the public each day.

They decided to hold the ceremony on Saturday to also honor those lost during 9/11. 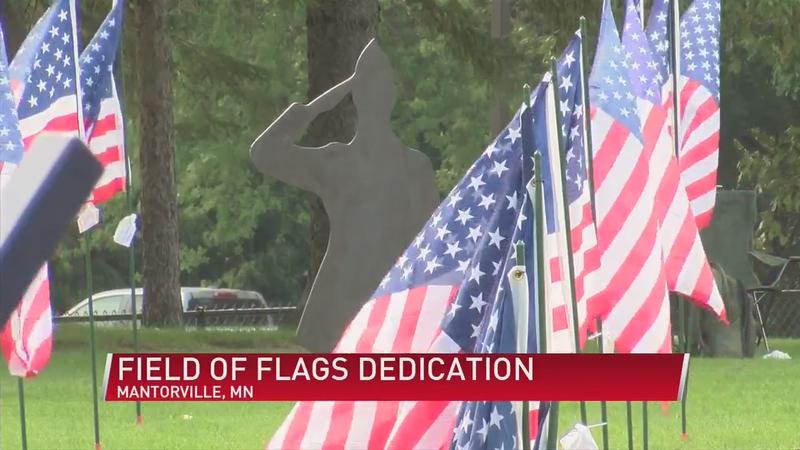 "We just want to show people we honor our veterans we honor the people that work for us. and whether it is a big community or a small community, everybody should be honoring them. You have the right to do what you want to do. It is a free country, you got it free because of the people that serve," Richard Denny with the Kasson-Mantorville American Legion said.

At the beginning of the ceremony, there was a prayer for Kasson marine, Blaine Halvorson. He was recently in a car accident in California and is on life support.

Two soldiers who fought overseas, Billy and Charlie Steinberg who graduated from Kasson-Mantorville High School, shared what it means to them to serve their country. The ceremony had a reading of over 100 local names honoring those who serve the public each day. It concluded with a rifle salute, prayer, and taps.

"When you look back at the sacrifices made for our country in the armed services as well as even closer to home locally we have had officers killed in the line of duty in Dodge County so it is important to bring that remembrance and that visibility to the public," Mantorville Mayor Chuck Bradford said.

The Field of Flags will be up till noon on Monday.