(ABC 6 News) – Prisons across the country are experiencing staffing shortages and right here in Rochester, the Federal Medical Center has been experiencing severe staffing issues.

The last time ABC 6 News spoke with them was in June and they say things have only gotten worse since.

"I’ve been out there for it will be 15 years next month. I’ve never seen the morale the way it is now. It is horrible," William Axford, Union President of Federal Medical Center, said.

"But I don’t blame them. If you’re young and you have a family and you’re continually told you might not go home to your family tonight, that doesn’t work for a lot of people," Axford said. 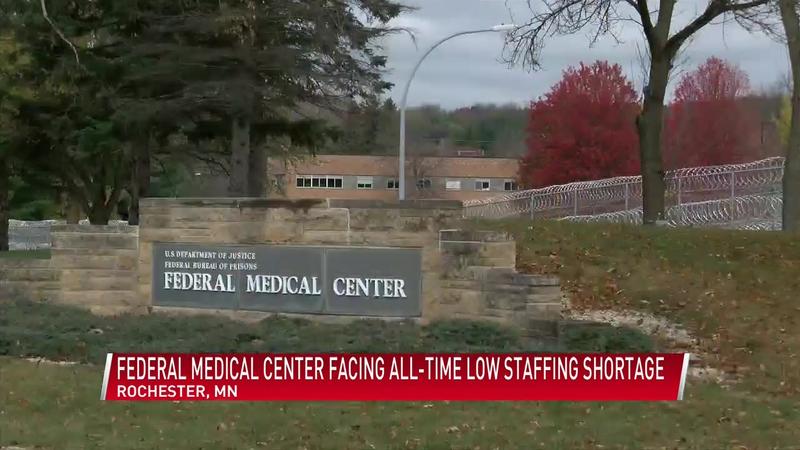 The prison is competing with local law enforcement for its officers and Mayo Clinic for its nurses.

"You can’t run a prison safely, not for the staff that is there, not for the inmates that are there without the correct amount of staff," Axford said.

Wages at the prison have stayed the same for years. While other employers are continuously raising wages.

FMC has asked management and has gone to congress. But, still, there have been no real changes.

Federal Medical Center has been having staff members who aren’t officers fill in as officers for the day. Axford says that’s becoming pretty common.

"That’s burning staff out, but on the other end of it we have the officers and the nurses who are just told ‘Hey, nobody came in, we don’t have any staff, you can’t go home.’ They don’t care if you’ve got to get your kids off the bus, they don’t care if you have something planned after work," Axford said. "If you don’t do it, you’re subject to discipline. So, those things drive morale into the ground."

He says the only solution is to have an adequate amount of staff. But, he says it doesn’t look like that’s going to happen any time soon.

"There are certain things we have to do by law. When we don’t have the staff to do them, lawsuits happen. And when lawsuits happen, it’s not the Bureau of Prisons that pays the lawsuits, it’s the taxpayers," he said.

The prison still operates as it always does with inmates coming in and inmates going out.

"We’re there to keep the people on the right side of the fence. There is a breaking point where that becomes a lot harder to do and then the community suffers for it," Axford said.