(ABC 6 News) – The Kasson-Mantorville KoMets jumped out to an early lead 3-1 Thursday against the Zumbrota-Mazeppa Cougars.

The Cougars got the score to 3-2 on a wild pitch from KoMets junior Ella Babcock, but Kasson-Mantorville stretched the lead back to 2 on a double from Aliana Dubois in the top of the fourth.

Zumbrota-Mazeppa tied the game in the bottom of the fourth before Babcock struck out the side.

Lightning in the skies caused a 30-minute delay and the game was eventually called off.

Officials say there will be no make-up date. 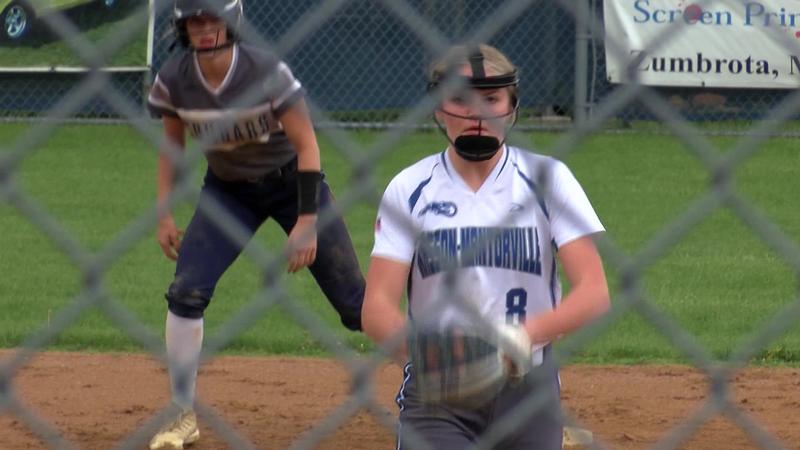