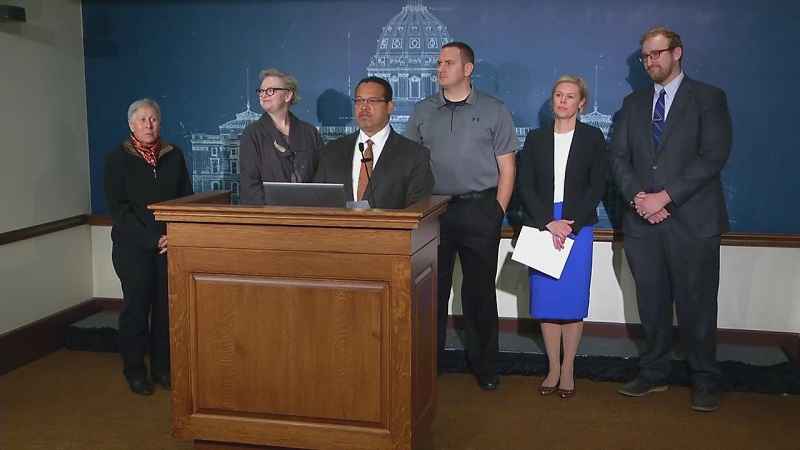 The attorney general also says his office is suing several lenders that partnered with the companies to finance Minnesotans’ purchases.

“I’m suing these companies because they’ve taken advantage of Minnesotans’ good intentions to save some money for their families and create a cleaner environment for everyone. They deceived consumers into believing that they were partnering with utility companies when they weren’t,” Ellison said in a statement. “They tricked homeowners who thought they were signing up for more information into signing binding contracts. They exaggerated how much money consumers would save on their utility bills than was likely or possible. They told consumers they were automatically eligible for tax credits when they weren’t. When consumers tried to get out of these contracts, the companies threatened them with lawsuits and exorbitant termination fees. And when consumers went through with installation, these companies often did a poor job and didn’t deliver on their promises.”