It was an important day for Lourdes as the team had qualified for State two years ago before the COVID-19 pandemic cut their state title aspirations short. Now in the tournament, the Eagles entered with a chance to knock out Class AA’s defending champions in Albany.

Things looked promising for Lourdes in the first half as CJ Adamson set a strong example. Adamson bounced a pass to Ella Hopkins for the game’s opening points before laying in a bucket later in the game.

Yet, the Huskies started fighting back as the game progressed; scoring became difficult for Lourdes as the game eventually swung in Albany’s favor for good.

Hopkins finished the night with 17 points for the Eagles as Adamson added a close 16 points. Emily Bowron and Vivica Bretton put in six and two points respectively. 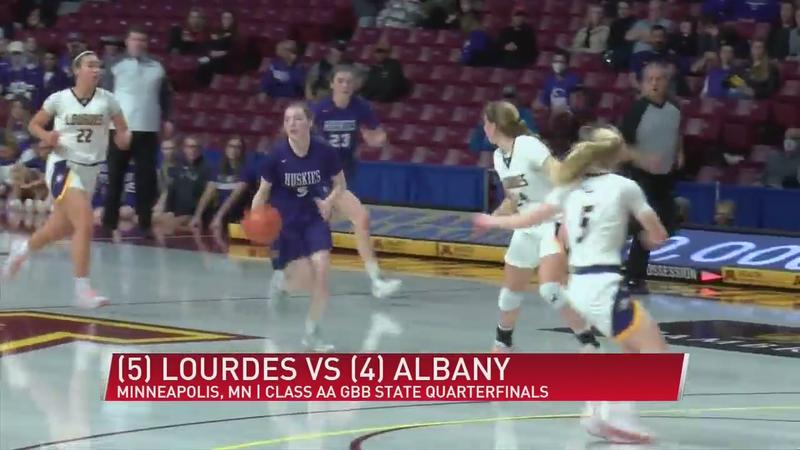 Lourdes will play Montevideo in the consolation bracket at 6 p.m. Thursday at Concordia, St. Paul.