Legion baseball is underway for the rest of the summer and the Lewiston-Altura Cardinals renewed their Three Rivers Conference rivalry with Dover-Eyota.

Dover-Eyota kept the lead around three runs for the majority of the game. In the top of the fifth, Gavin Gust’s two-run homer stretched the lead to five.

Lewiston-Altura would respond in the bottom of the inning with two runs: one from a wild pitch and the other from Kadyn Keifer’s RBI single.

Dover-Eyota would tack on two more runs in the sixth inning and stifle a late rally from Lewiston-Altura to get the 11-8 victory. 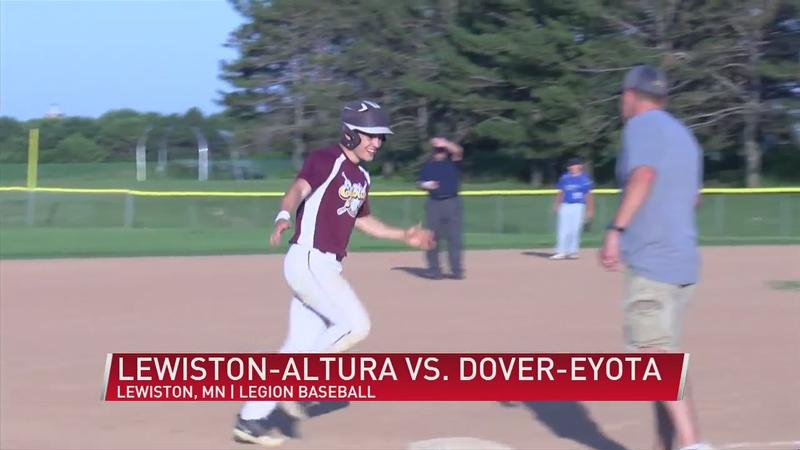