(ABC 6 News) — Dover-Eyota had not made it to the state tournament since 2007, and they looked to make it count.

The Eagles’ Cinderella run ended with a fourth-place finish after they lost back-to-back matches in heartbreaking fashion to Royalton-Upsala (34-33) and West Central Area-Ashby-Brandon-Evansville (35-31).

Both instances saw the Eagles lead heading into the final two matches.

They can hold their head up high though as they got to that stage behind junior Jackson Duellman, who scored a pin to finish off the Eagles’ rally from a 16-6 deficit to a 30-26 victory.

As for Kasson-Mantorville, the KoMets bid for a fifth state title came up short as they lost in the title match to Simley. 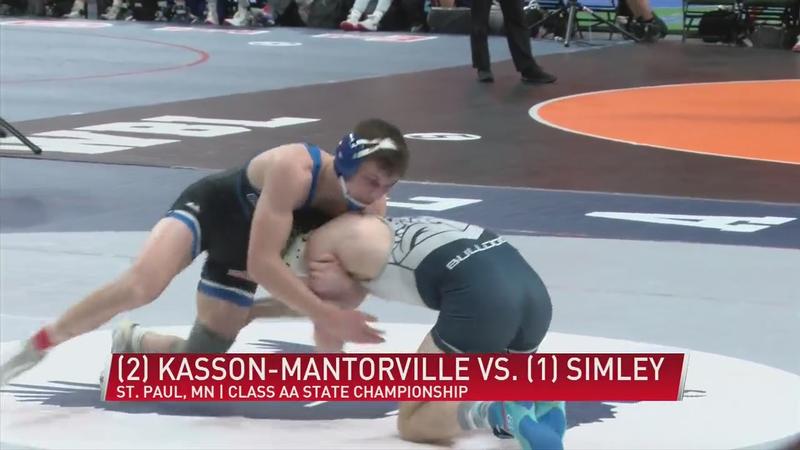 The Spartans took control from the start and never looked back to collect their fourth consecutive Class AA state title with a 47-21 victory.

"That can be motivation for these guys coming back next year. These underclassmen [who] put themselves in position and the next time they’re here they’re able to win this championship as a team."

Logan Vaughan, Cole Glazier (170) and Bennett Berge (195), and Kail Wynia all got wins for the Komets.

Kasson-Mantorville can’t dwell too long on their second-place finish. They have seven participants in the Class AA state individual wrestling tournament with Joe Kennedy, Luke Swanson, Dominic Mann, Glazier, Wynia, and Berge set to hit the mats at 9 a.m. Saturday.