Defense: Floyd’s death was tragic but ‘a tragedy is not a crime’ 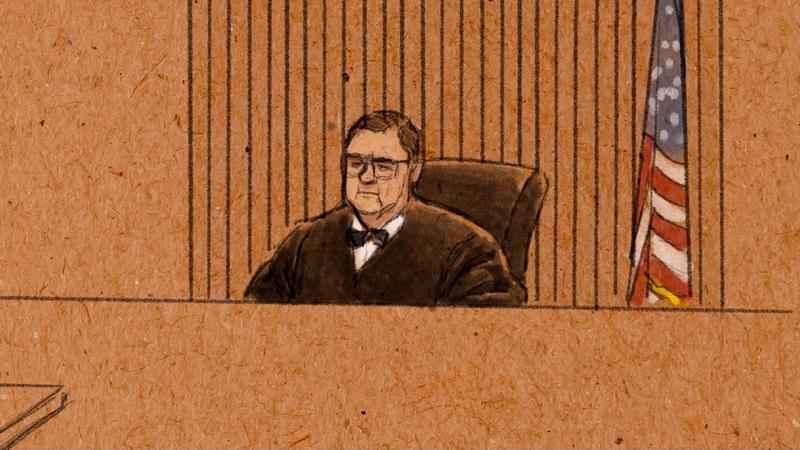 Defense attorneys for two of the three former officers gave their opening statements before the lunch break, with one left Monday afternoon.

Robert Paule, one of Thao’s attorneys, was the first defense attorney to offer an opening statement. In his 37-minute statement, Paule said Thao was just doing his job and noted the video shot by Darnella Frazier misses important context from earlier on in officers’ interaction with Floyd. He also called Floyd’s death a tragedy but noted, "a tragedy is not a crime."

Paule walked jurors through the case and said the officers were simply investigating a case, as they’re supposed to do. He highlighted instances of Floyd not following officers’ commands and actively resisting, and, of the crowd that gathered, said none of the bystanders knew everything that was happening.

On his own client, Paule emphasized to jurors that the government has to prove Thao was deliberately indifferent and the evidence won’t show that.

Thomas Plunkett, Kueng’s attorney, was up next and highlighted some of the same things as Paule. Plunkett also emphasized how new Kueng and Lane were to the force, saying they had five total shifts by themselves combined going into May 25, 2020.

Plunkett said Floyd "was let down by the Minneapolis Police administration," and didn’t provide proper training to Kueng. Specifically, Plunkett said Kueng was dealing with, "inadequate training, lack of experience, a perceived subordinate role to Officer Chauvin, confidence in Officer Chauvin," and highlighted the fact that Chauvin was also Kueng’s field training officer.

Like Paule, he also highlighted the fact that the government has to prove Kueng willfully disregarded Floyd’s condition.

Before dismissing jurors for lunch, Judge Magnuson told them to remember they haven’t heard any evidence yet and should try to avoid forming any conclusions. He also reminded them to not discuss the case.

Earl Gray, Lane’s attorney, will deliver the final opening statement when the court reconvenes at 2 p.m.

Special Litigation Counsel Samantha Trepel delivered prosecutors’ opening statement and highlighted the fact that bystanders saw what was happening to Floyd but the three officers, who had training in handling situations like that, ignored their duties and chose not to help Floyd.

During her statement, Trepel displayed a picture of the officers and Floyd on the group at the back of a Minneapolis Police squad car in front of Cup Foods. She then went one by one, highlighting where each officer was during the more than 9 minutes that Chauvin had his knee on Floyd’s neck.

Trepel said Thao asked Floyd what he was on, suspecting he had used drugs but disregarded his training for how to handle subjects believed to be under the influence and didn’t watch for medical signs in Floyd. When bystanders, including an off-duty firefighter, pleaded for the officers to help Floyd and asked if he had a pulse, "he chose to do nothing."

Trepel noted Lane did remember his training because he asked to roll Floyd on his side but Kueng said, "No, just leave him" and Chauvin agreed. After a bystander yelled that Floyd was passing out, Lane also acknowledged that but still didn’t take any action, Trepel said.

Before wrapping her opening statement, Trepel reiterated that the officers chose to not take proper action.

Thomas Plunkett, Kueng’s defense attorney, then made a motion for a mistrial, saying Trepel’s opening statement was very argumentative. He acknowledged it was too early for the court to grant that motion but said he wanted to put it on the record.

Magnuson then called for a 15-minute break before the defense’s opening statement.

The 18 jurors who will hear the case (six of whom are alternates) were selected Thursday.

Judge Paul A. Magnuson entered the courtroom at 9:33 a.m. Monday. He and the attorneys for both sides then discussed a few things until 9:48 a.m.

After a short break, court reconvened at 10:08 a.m. and jurors were sworn in. Magnuson then provided instructions for jurors, including protocols in the event any jurors feel sick.

Prosecutors started opening statements at 10:27 a.m., saying, "In your custody, in your care" is a fundamental part of the Minneapolis Police Department’s policy, adding, it’s "not just a moral responsibility, it’s what the law requires."

This is a developing story. 5 EYEWITNESS NEWS will continue to update it throughout the day as the trial begins.