(ABC 6 News) – Minnesota’s first December tornados were confirmed Thursday. One of them was in Lewiston, MN.

One resident’s garage collapsed on their car.

The National Weather Service confirmed between 65 and 85 mile per hour winds ripped through Lewiston Wednesday night.

Since then, the Winona County Sheriff’s Office has been working to get things cleaned up in the area and keep residents safe.

The garage, several buildings and trees were damaged; however, no injuries were reported. 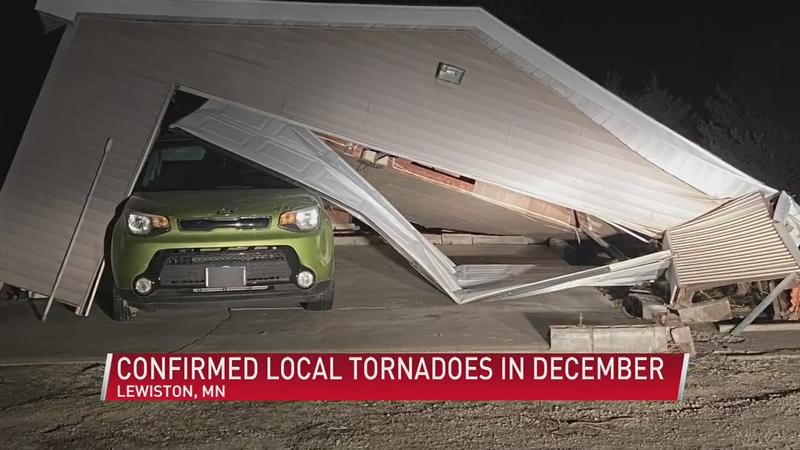