(ABC 6 News) – On Thursday, the community gathered for the Olmsted County Sheriff’s Office Awards. It was a time dedicated to honor law enforcement in our area.

Anderson was found in a staff locker room at the Adult Detention Center in April. His colleagues began life-saving measures but were unsuccessful. Anderson’s death is believed to be from a medical event.

"We lost a detention deputy Mark Anderson in April of this year. The award was for acts of trying to save his life. At times this can be a thankless profession, so something like this does feel good to know that we’re appreciated," said Reps.

Another person honored was detention deputy Eddie Rayford. He’s one of 24 people who received the life-saving award. 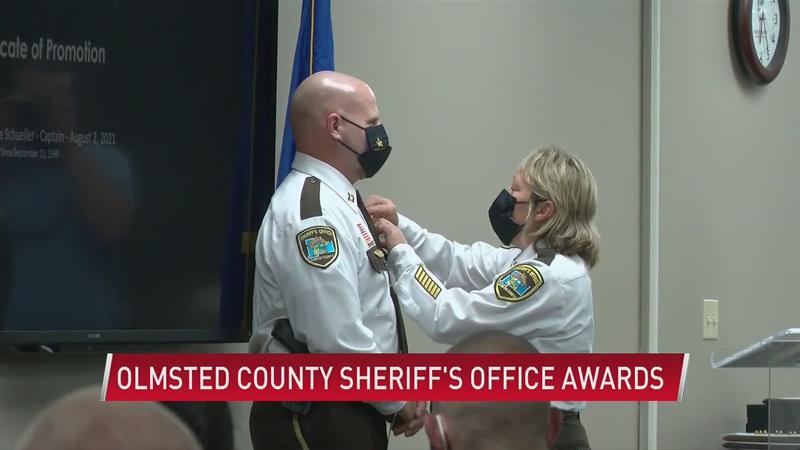 "We have a hard job, but a good job. We serve a double purpose in the jail. We’re there to encourage the inmates to make better choices when they get out, so it’s a fruitful career," Rayford said.

Awards weren’t the only things given out at the event. Olmsted County Sheriff Kevin Torgerson also recognized promotions and new hires in the county.