(ABC 6 News) – Between pandemic shortages and a hot summer, this year has put many farmers in difficult situations. Tuesday, the Minnesota agriculture commissioner came to southern Minnesota to see the issue for himself.

"To be honest, this year a lot of the focus has been on other parts of the state because of the drought," Commissioner Thom Petersen said.

Petersen was in Grand Meadow to talk to local farmers about their concerns and offer them resources for assistance.

Richard Ellingsberg, a hog farmer from Kenyon, said it is becoming more difficult to support a family with farming alone. He and his son have always had to have two jobs.

"He finishes the hogs as a contract producer and worked at SEMA and I worked at the school and I farmed," Ellingsberg said. 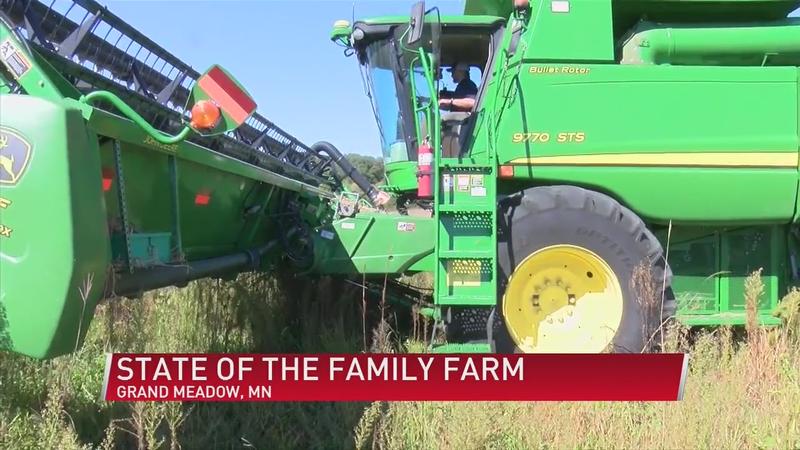 He said they would not be able to make it every year without assistance from the state.

"I came today because I was interested in the hog programs for the FSA," Ellingsberg said.

Commissioner Petersen said the pandemic continues to impact the farming industry with meat shortages and a struggle to find hay across the state.

But he said there has been one surprising effect.

"We’re seeing a real interest in people wanting to buy locally which is a great opportunity for farmers that have beef and pork," Petersen said.

He said the state is working on programs to help those smaller local farms expand to meet this new demand.

"Farmers can sell all over and there’s a real strong market so we want to try to help facilitate that," Petersen said.

Overall local farmers are not too worried this harvest season.

"We got nervous in august but then we had a couple of good rains that did save us so crops look good now," Ellingsberg said.

For any farmers struggling with the residual effects of Covid or drought, click here.for resources to help.