(ABC 6 News) — Despite it being spring, there’s still NAHL hockey to be had.

The Austin Bruins visited the Aberdeen Wings in the first of two final games of the season. Barely a minute into the game, the bruins lit the lamp as Anthony Menghini put Austin up first. The Wings didn’t take kindly to that as Aberdeen’s Landry Schmuck wheeled in an equalizer in the second period.

Menghini would score again, that goal being the eventual game-winner, Austin claiming victory, 2-1, on the road. The Bruins will play their season finale tomorrow in one more match against the Wings.

Meanwhile, in Mason City, the North Iowa Bulls hosted the St. Cloud Norsemen in the former’s season finale. St. Cloud took the first lead before Tyler Braccini shot a killer one-timer to draw even at 1-1. With under 11 minutes left in the first period, Simone Dadie took the lead for North Iowa, 2-1, off the feed from Max Scott.

Unfortunately, the Norsemen would counter and then some over the second period. St. Cloud would shoot off three unanswered goals by Peyton Hanson, Nick Young and Ethan Benz before the second intermission. 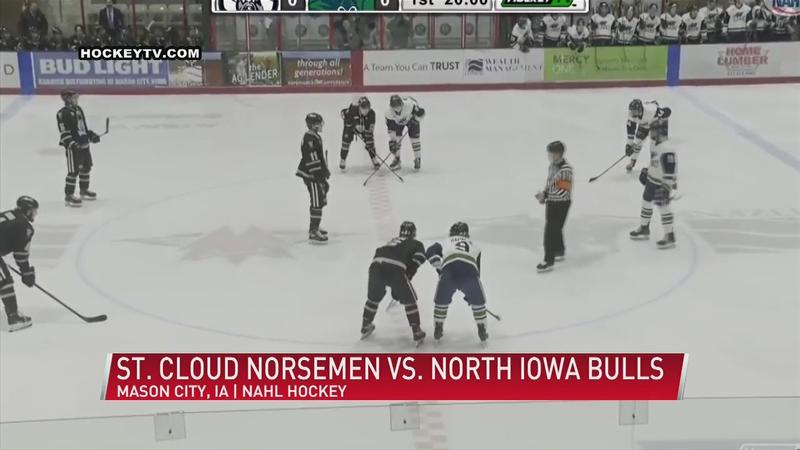 Both teams would score once more to make it a 5-3 final decision in favor of the visiting Norsemen. North Iowa — who failed to qualify for the postseason prior to the game — will now look on as the Robertson Cup Playoffs begin.