(ABC 6 News) – For people in Stewartville, Tuesday’s election might be a little more important than usual. Stewartville Public Schools is looking to pass two ballot questions with a more than $38.5 million bond issue.

The first question has to pass before anything can happen. That question alone puts $30 million on the line.

The second question is about $8.5 million and looks to create more secure entries at the high school and middle school. As well as renovate the cafeteria, and create an eight-lane running track.

"The questions that we have on the ballot are the priorities of our community from that task force work," said Superintendent Belinda Selfors with Stewartville Public Schools. 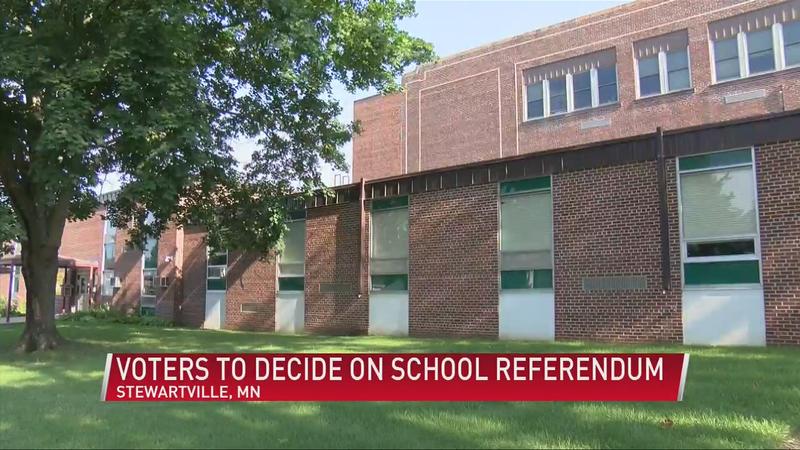 "There were more things that we identified as a part of that process that we would have liked to address. But really, we tried to boil it down to what so students need moving into the future. These questions are focused on the betterment of facilities for students. So that’s our priority."

For some parents, they said to give the project the "green light." Especially if it’s going to increase security.

"Having you know, a kind of central access point to get into the buildings is definitely a reassurance for parents," said Isaac Wolfgram who is the parent of two young students.

"I’ve been a part of this district my entire life and I just think it’s sad for some things to go away like the historic presence of this building here. But I also think it’s important to have new buildings and those sorts of things too."

One school board member ABC 6 spoke to said, for the most part, people seem to be all for passing the referendum. Another former member said he hasn’t really met anyone strongly against passing it.

Looking at the tax impact, the state will pay a significant portion of the total bond project cost. The School Building Bond Agricultural Credit (Ag2School Tax Credit) will reduce taxes for agricultural property owners by up to 70% of the school district debt service.

There are also several state tax credits and deferrals that might affect your situation. To learn more and to calculate your taxes, you can click here.