Gach played for Austin High School, then left his senior season to play at Arizona Compass Prep. He then made the move to Division 1, playing two seasons at the University of Utah before transferring to play his junior season for the Minnesota Gophers.

He transferred back to the Utah men’s basketball team this summer for his final season. Gach will get to play with former Rochester Mayo standout Gabe Madsen who also transferred to Utah.

Gach says it was something that he wanted to do ever since he was a kid and that having this opportunity to have his own camp he says is a big blessing for him.

He says that it feels good to be home and that the camp helps kids learn and develop as players. 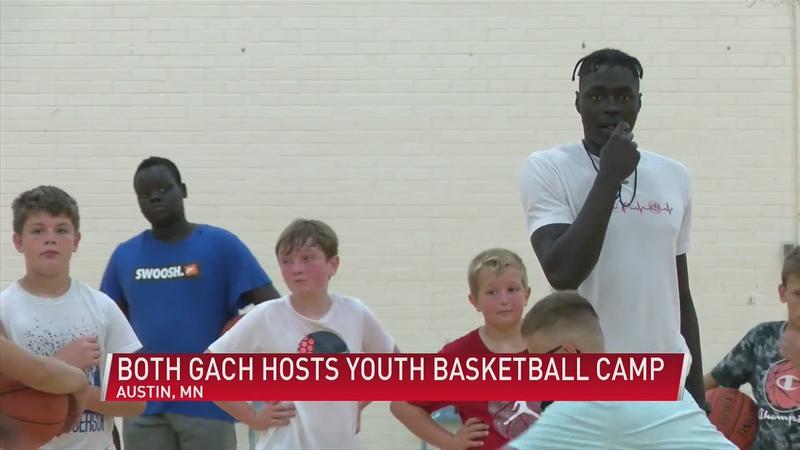 "I can’t miss a shot here because all these kids will start laughing and stuff like that they expect me to make every shot and I just laugh right back they are all great kids here you know we are all just having a fun time and I’m having a blast here," former Austin HS athlete and Utah guard Both Gach.

Gach says he is considering doing this camp every year during the summer and they want more kids to come out and have a blast.