(ABC 6 News) — It’s been one offer after another for Plainview-Elgin-Millville rising senior Aeron Stevens. The 6"7 forward is coming off an outstanding junior season which saw him average 16.7 ppg, 7.5 rpg and 1.6 bpg.

He helped lead the Bulldogs to the Section 1AA championship game where they came up short against Caledonia in triple overtime 72-61. For Stevens, the loss has stayed with him and he’s using it as motivation in these offseason tournaments.

He plays for the Minnesota Lightning on the AAU circuits, but he’s also made sure to continue working and building chemistry with his high school teammates in offseason tournaments. 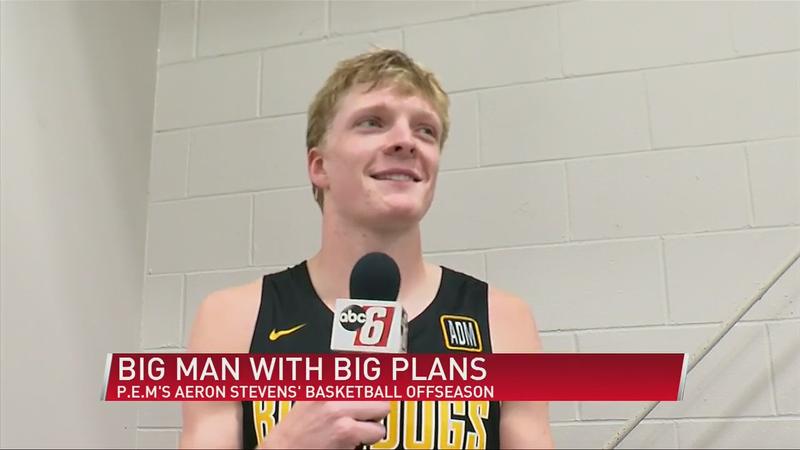 "Definitely grow with the guys and get our chemistry as good as possible," Stevens said. "Especially the grade below us, we haven’t played with them a ton. So to be able to mesh with them is really great."

Stevens says he knows he has a tough decision this year when it comes to where he will play college ball.

He plans to make that decision before the season to cut out on distractions.

In the meantime, he continues grabbing rebounds, knocking down jumpers, and dominating in the paint — no matter the setting or opponent this offseason — and his eyes remain on the prize.

"I just want to win. I want to go to state. It’s my only goal for the whole year. That’s all I want."